How to draw a camera Step By Step

How to draw a camera in 3 versions will be described in this article! For the first time a camera in which photoelectric was used instead of the photochemical principle to record an image, was presented in 1975 by the Kodak company. The next step in the development of digital cameras was the so-called video cameras based on a video camera capable of making an analogue recording of a still image onto a videotape.

Drawing a camera is an exciting and exciting activity, but follow our recommendations! Unfortunately, the quality of such a recording was very much limited by television standards. Besides, the analogue method in the process of processing and transmitting information gave a tremendous amount of distortion. It was only with the advent of digital technology that a new way of photographing took on the real promise.

So let’s go-to drawing the camera right away!

How to draw a camera easy (option 1) 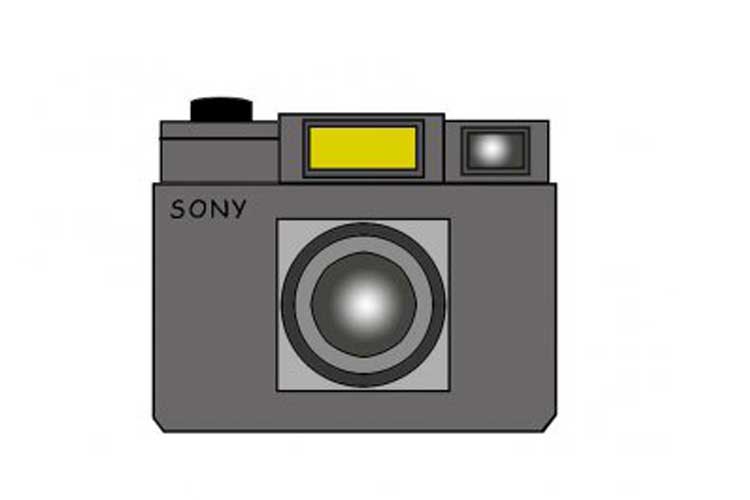 We start with a large rectangle. Then draw a square in the centre – it will contain the lens.
Above, there is another rectangle – the future photo flash. 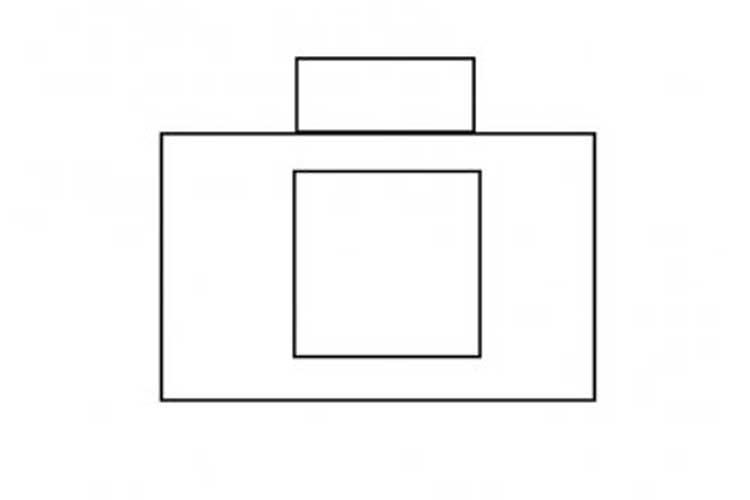 In the centre of the square, we “enter” a circle. The lines of the sides of the court and the process must not touch.
Draw one more rectangle to the left and right of the flash rectangle. They are slightly lower in height than the central one. 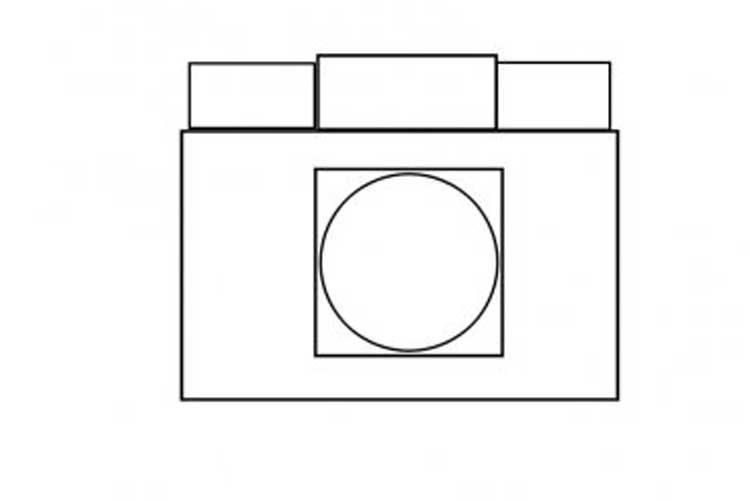 Next stage. Draw three rectangles at the top.

On the top left, draw a tiny rectangle – this is the button with which the frame is made. The next rectangle in the top centre is the flash glass; on the top right is the viewfinder window. 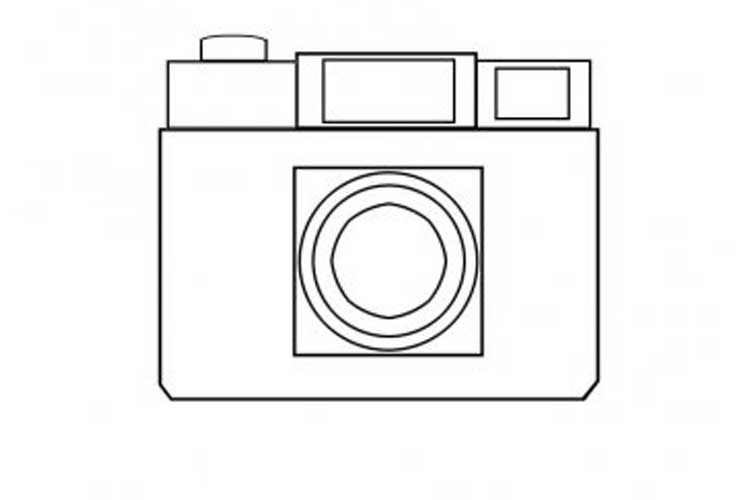 The lens usually consists of several parts that extend when focusing. Therefore, inside the circle, draw two more circles, nested one into one.

We make it natural – for this, we round off the corners a little and give the button a bulge on top. 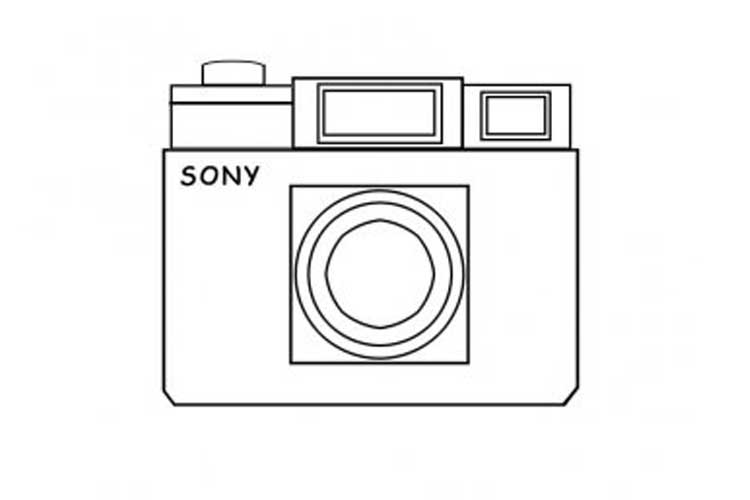 Add another rectangle inside the flash and viewfinder. We write the word SONY, Info-T or any other name of the manufacturer’s company. More buttons, zoom wheels and other viewfinders can be added.

It remains to paint.

Usually, cameras come in black or a variety of grey shades. But this is not necessary at all. You can paint the camera in any colour you like, for example, as in the photograph from the all.biz catalogue at the beginning of the article.

How to draw a vintage camera (option 2) 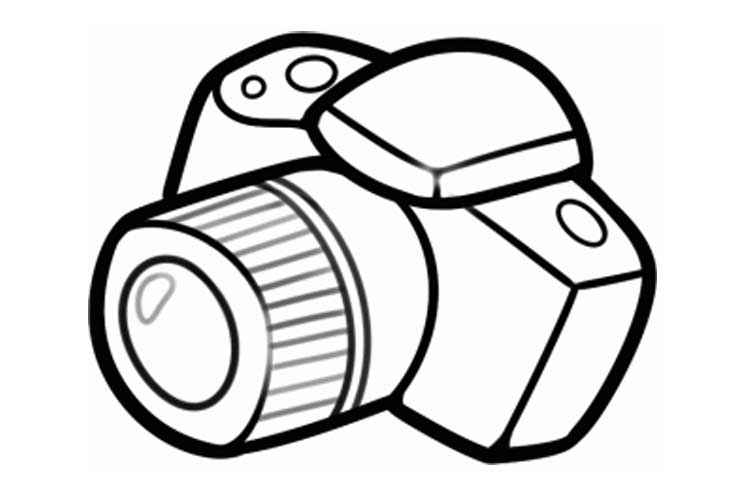 Step 1. The first thing you need to do is draw a protective cover that holds the flashlight. It is usually flat-shaped on top of the chamber. 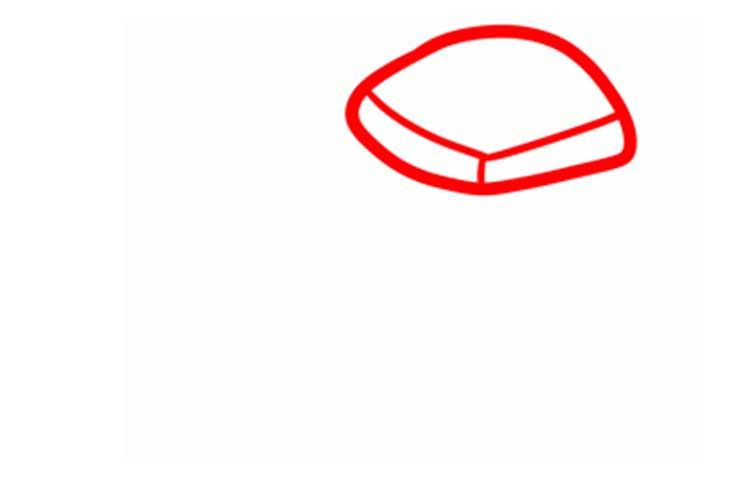 Step 2. Next, draw a cylinder shape for your lens housing. In this case, the body is long, because I almost always have the zoom attached to my camera. 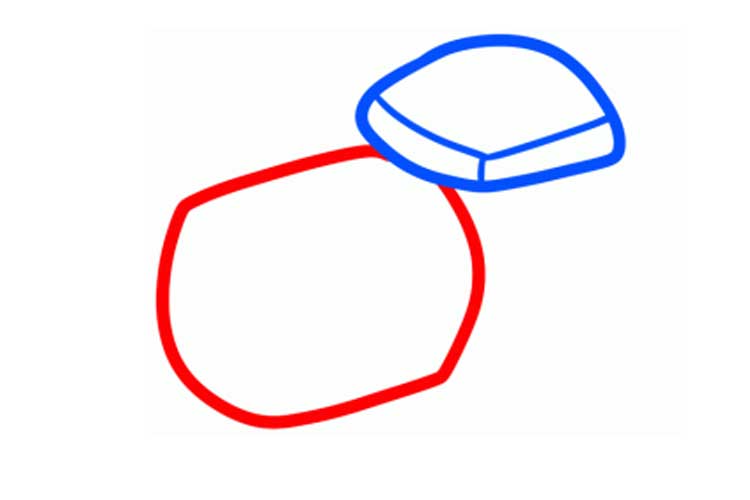 Step 3. Here’s a sketch for the front of the lens or “glass” as I call it. Draw a lens flare mark, then sketch in a ring around the lens barrel. 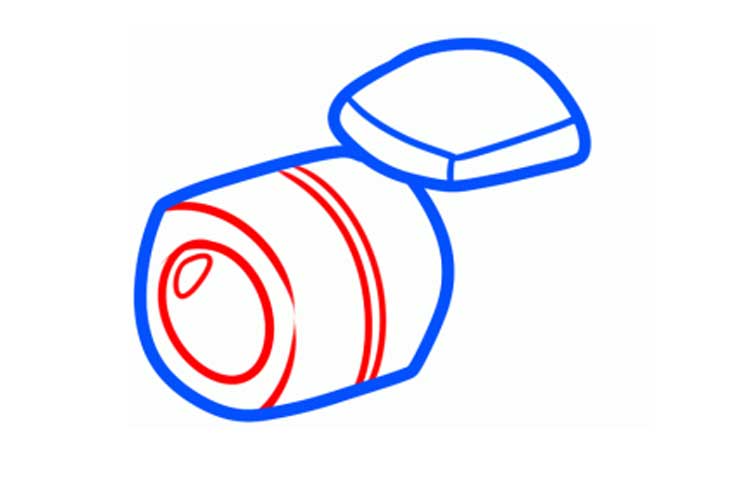 Step 4. You will finish the body drawing camera design. Sketch in Detailing goes to the last drawing step. 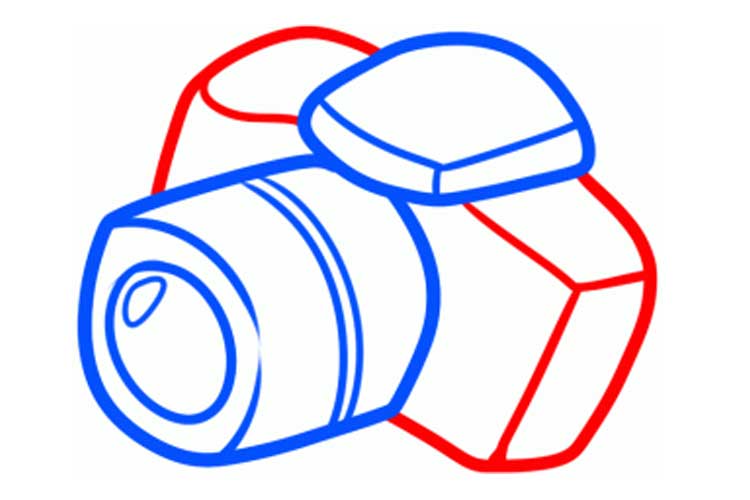 Step 5. To erase your mistakes, then draw in the groove lines on the lens, draw the buttons. 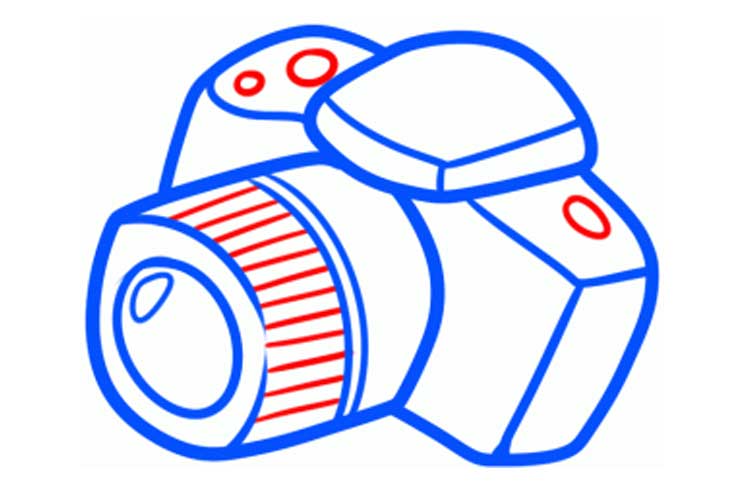 Step 6. Here is the line art for the camera. Now you can paint it or use your drawing on a character that you can be drawing.

How to draw a polaroid camera (option 3) 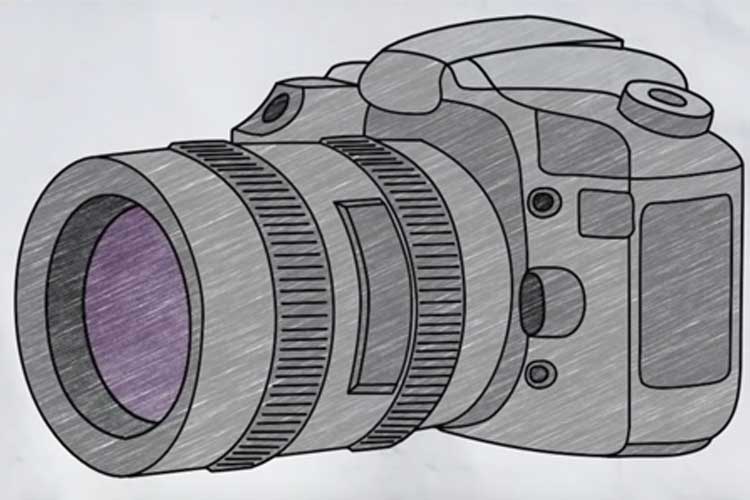 A DSLR camera, thanks to powerful optics, has high-quality images, which is achieved by choice of settings. The variety and change of lenses provide ample opportunities in photography. Let’s think about how to draw a camera with a pencil of such an intricate design.

At the first stage, with a hard pencil of mark T, we schematically depict three parallelepipeds. One large, small in the front left and larger in the middle in the back. In the centre we will draw a lens in the form of an elongated cylinder. 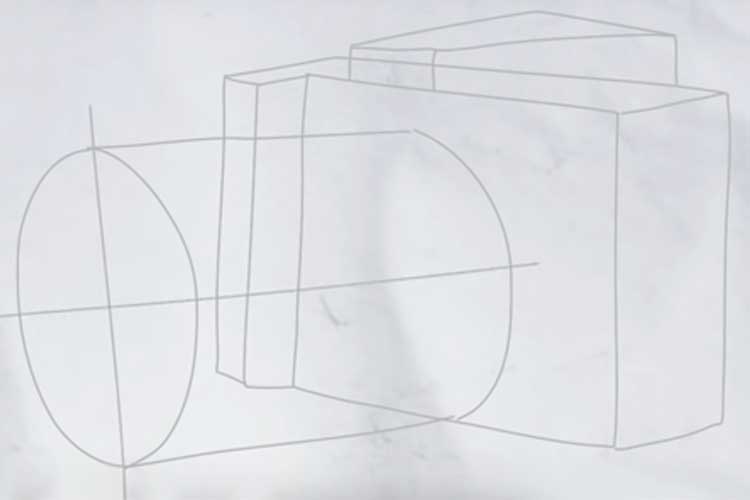 Next stage. We draw the lens. Since it should consist of several parts, divide the cylinder into five, alternating: – wider, then narrower. Let’s draw them with a soft pencil of the M mark. In the middle above, we will depict a photo-flash. 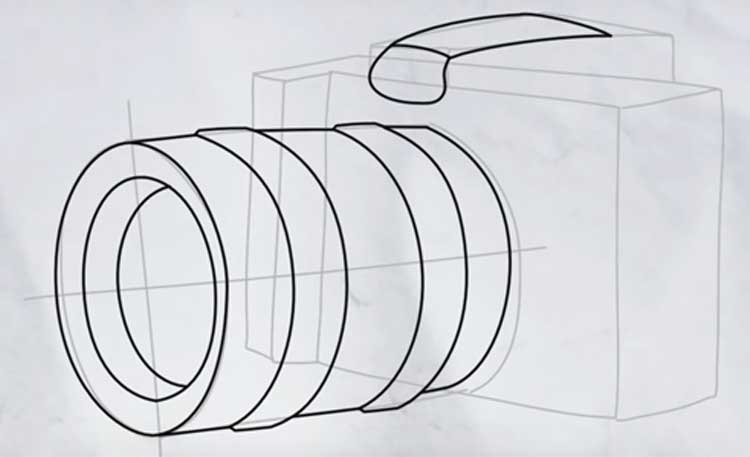 The camera consists of several parts: let’s draw a start button, a setting window, and a cassette cover on the side. Add strokes to the middle circles of the lens cylinder, add volume circles in the centre, and round all the details. 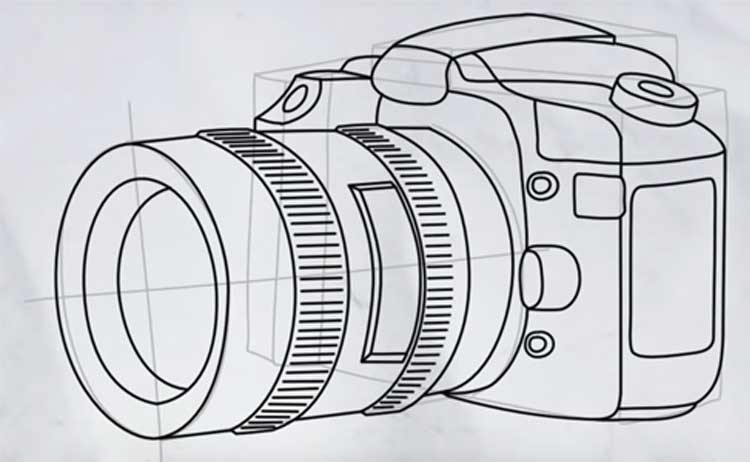 The final stage. Shade the convex parts of the camera with a soft pencil, trying to give them volume. We cover the rest with hard, applying frequent small strokes one to one. The drawing of the camera is complete.