How to Draw a Lizard Step by Step

How to draw a lizard in 2 versions will be described in this article! Lizards are scaly lizards, which are included in the suborder of reptiles. They are the oldest representatives of the fauna on Earth since their existence coincides with those distant times when dinosaurs lived on the planet. In addition, even the word “dinosaur” is translated from Latin as “big lizard.”

At the same time, vast representatives of lizards and dinosaurs disappeared from the face of the Earth. However, their smaller relatives survived and successfully adapted to their surroundings, thanks to which they are still considered extremely common reptiles found everywhere.

Lizards are considered direct descendants of snakes, but this does not prevent them from being isolated into a separate developmental branch. Drawing a lizard is a fun and exciting activity, but follow our tips! As well as snakes, lizards belong to the squamous order. At the same time, lizards are considered representatives of different evolutionary groups, despite the association based on certain features of physiological development, for example, the possibility of a loss of limbs.

All lizards have movable eyelids and visible openings that represent the auditory canals. Most lizards have two pairs of limbs, but this does not always characterize all representatives included in this suborder. To determine the possibility of classifying reptiles like lizards, the internal structure of the organism is usually assessed. Most lizards have a sternum and shoulder girdle rudiment that snakes lack.

Their background color is directly related to the need to disguise themselves among the natural conditions of the landscape, which determines the presence of various variants of the natural color of lizards. The most common varieties are considered, in which the paint is made in the form of a green, gray, brown, sandy shade.

Lizards are characterized by various spots, stripes, and streaks, sometimes folding into bizarre geometric shapes. Some representatives of the species may change color depending on the situation. Color change mimicry is common among lizards. Lizards can also have an eye-catching color pattern similar to the Tokay gecko.

So let’s get down to drawing the lizard immediately!

How to Draw a Lizard Easy (option 1) 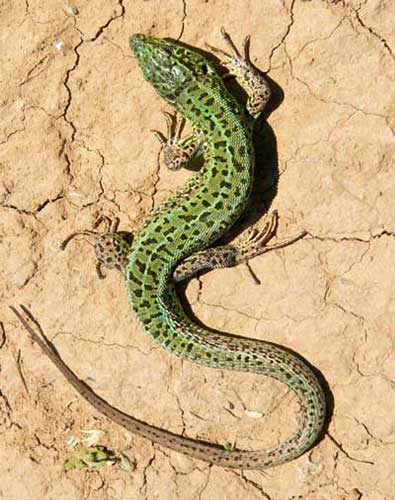 Draw a curving curve that is the middle of the lizard’s body. Next, set the length of the head (top), the location of its paws. 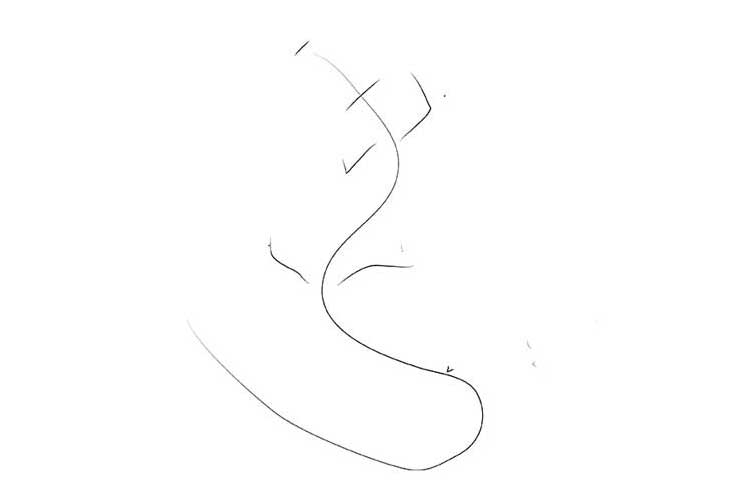 Draw the head and, with dashes at a certain distance (which is convenient for you), determine the approximate thickness of the body while it tapers towards the end of the tail. 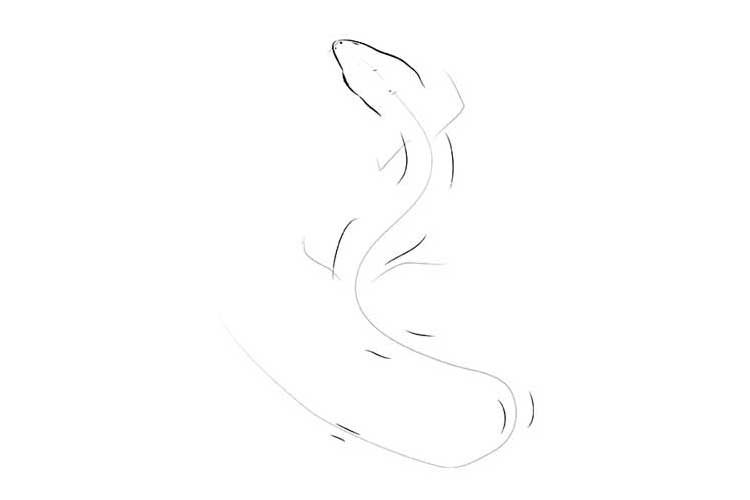 Circle the lizard’s head in a semi-oval as shown in the picture! 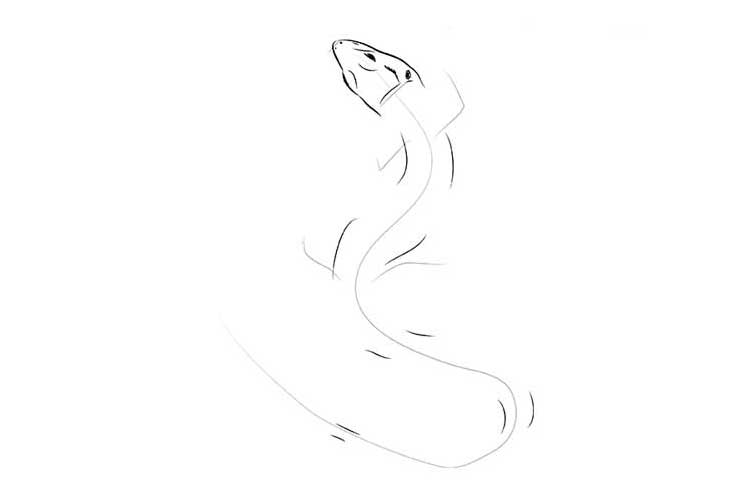 Focusing on the drawn lines, move the kennel of the lizard’s body. 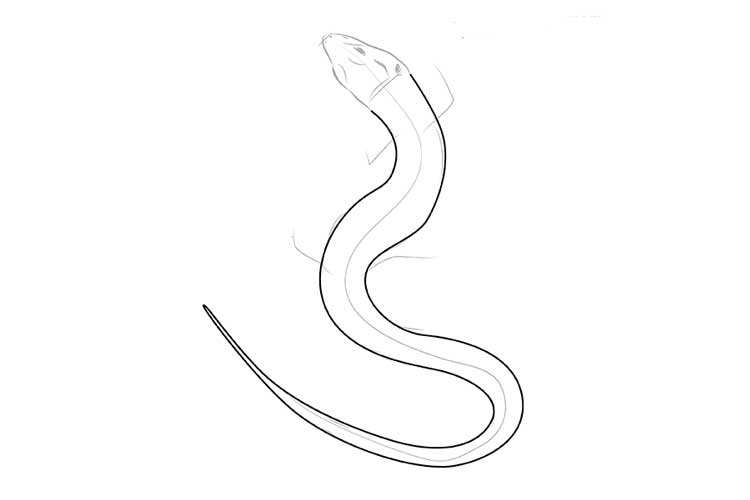 We draw her legs. 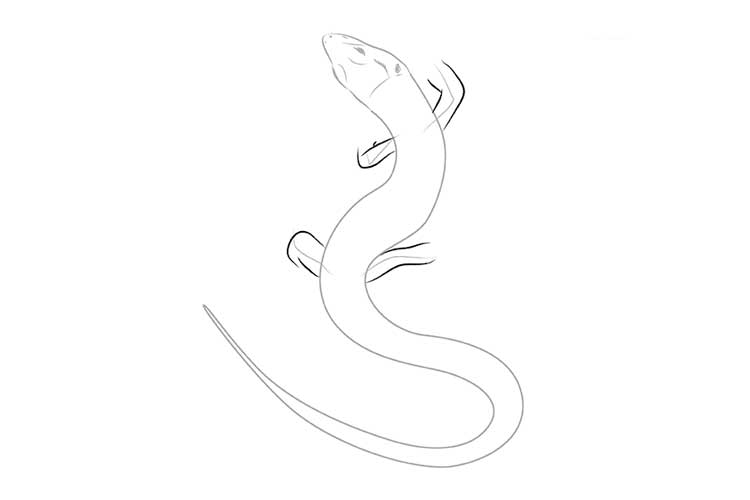 Draw the legs of our lizard in dark colors! 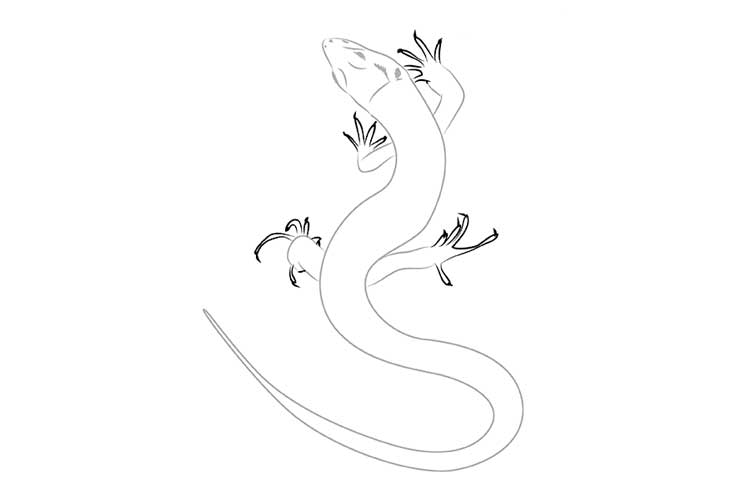 We finish drawing her sharp claws! 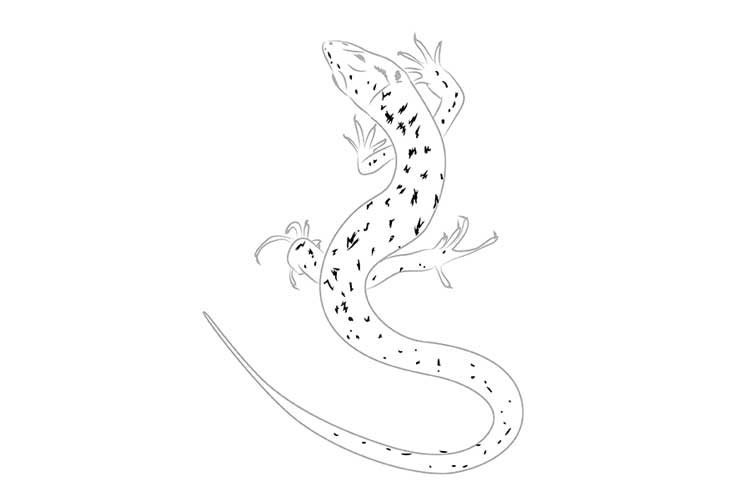 The body has spots, so we apply them. 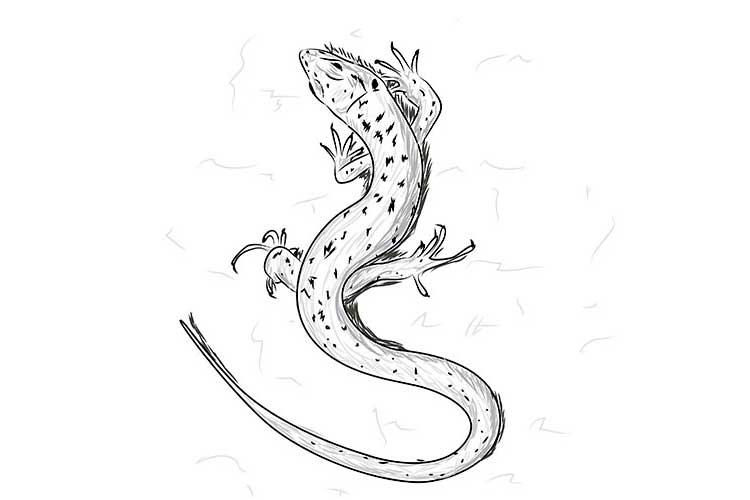 To make the lizard more voluminous, use shading. She is crawling on the dry ground; the light source is on top in the lower-left corner, so a slight shadow from the body falls on the right.

How to Draw a Lizard Realistic (option 2) 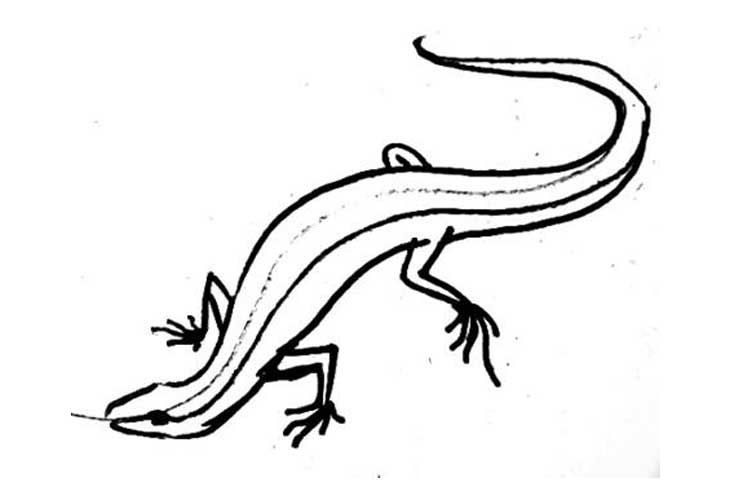 The sequence of drawing: we mark the axis of symmetry – the ridge, determine where the tail is, where the head is, keep the sides and attachment points of the paws, outline the head, outline the folds of the claws. 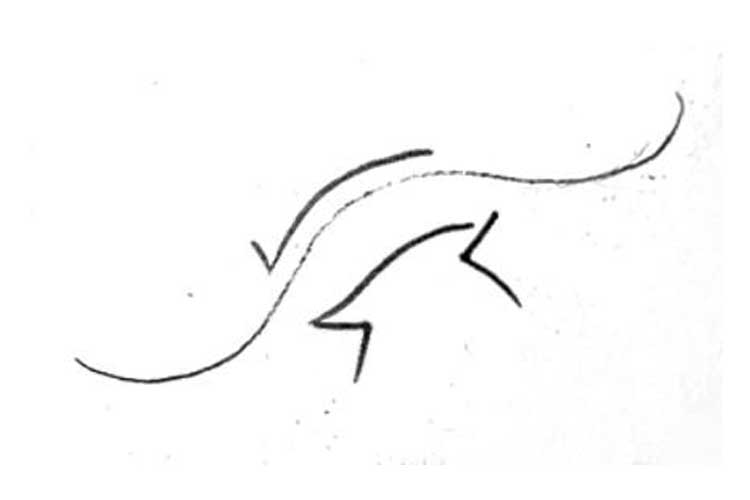 We draw the head in detail, draw the tail and paws. 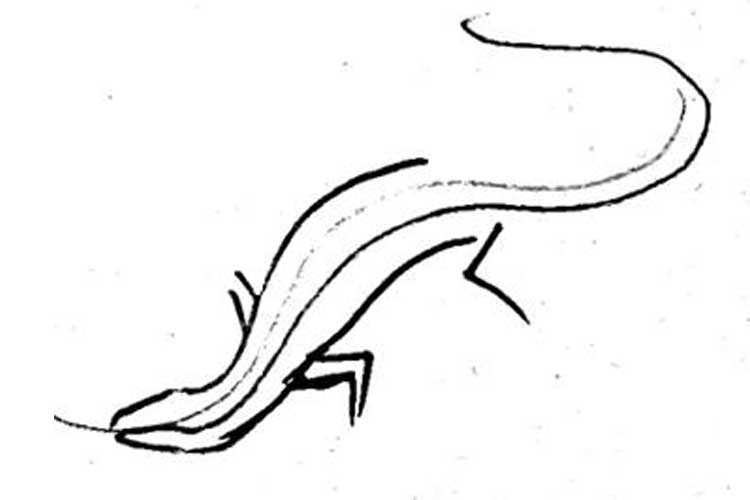 Phased drawing of a lizard
The last stage – following the general proportionality of the drawing, draw the toes on the paws.