Chipmunk Drawing in 3 versions is described in this article! Chipmunks are cute animals that have quite an attractive appearance. Chipmunks are more similar to squirrels, despite being related to marmots and ground squirrels. The scientific name of the genus “Tamias” is associated with the ancient Greek root, which is characterized as thrift or thrift, and generally translated as “the one who manages the economy.”

Due to the nature of the color, and the chipmunks have a grayish-white belly and a reddish-gray top. In addition, these animals have the same long tail and a similar body structure. Chipmunks leave the same tracks as squirrels, which differ only in size, moving on the ground or in the snow. As a rule, males differ from females in somewhat larger sizes.

Adults grow no more than 18 cm in length, and they weigh no more than 130 grams. The tail length is slightly more than half of the body and is about 13 cm maximum. Chipmunks, like many rodents, have bulky cheek pouches. They can be seen when the animal shoves food. The ears are small and neat, rounded at the ends. The eyes are almond-shaped, medium-sized, shiny, of a dark shade.

Chipmunk Drawing easily follows our recommendations! It’s important to know! About 25 chipmunks have been described with a similar body structure and behavior but differ in size and color. The hind limbs of the chipmunks are more significant than the front ones, and the soles are covered with sparse hairs. The hair of these animals is short and has weak guard hairs. In winter, the colors of the animals are lighter, with the presence of fewer dark tones.

The primary color of the back area is grayish-brown or red. Along the ridge, there are five dark stripes to the very tail, which stand out noticeably against the general background. Occasionally, you can find individuals of white color, but these are not albinos.

These animals predominantly lead an isolated lifestyle and admit partners only before the very process of reproduction. The rest of the time, chipmunks live alone. To find food for themselves, they need a plot of no more than 3 hectares. They are mainly sedentary and try not to move away from their nest more than 200 meters. At the same time, the animal can easily go on longer trips at a distance of up to 1.5 km. As a rule, this occurs during the breeding season and during storing food for the winter.

So let’s go to Chipmunk Drawing! 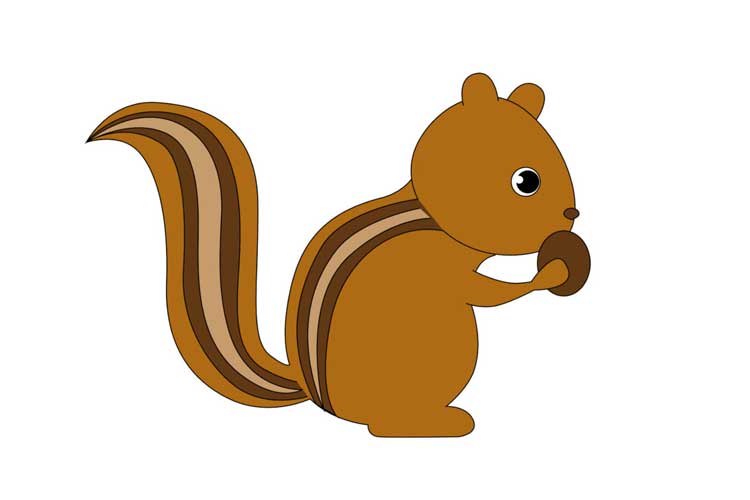 Step 1. Draw the head and body. 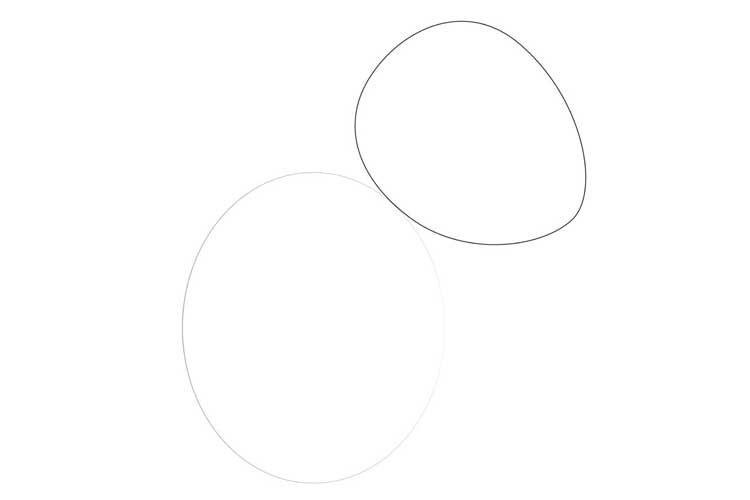 Step 2. Draw the body and tail. 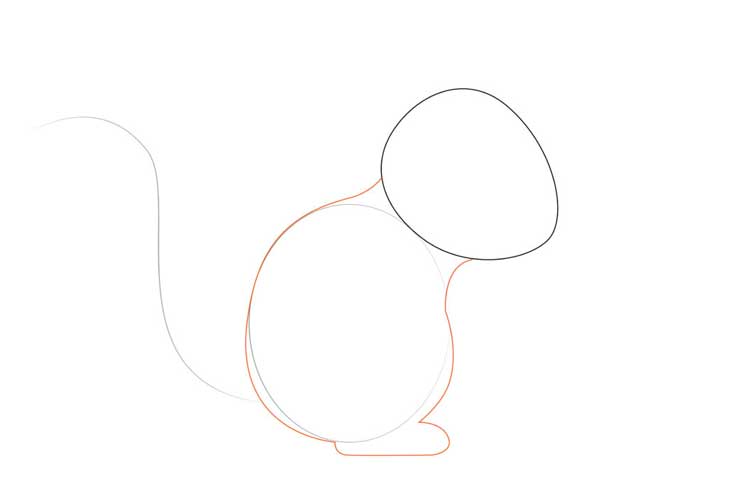 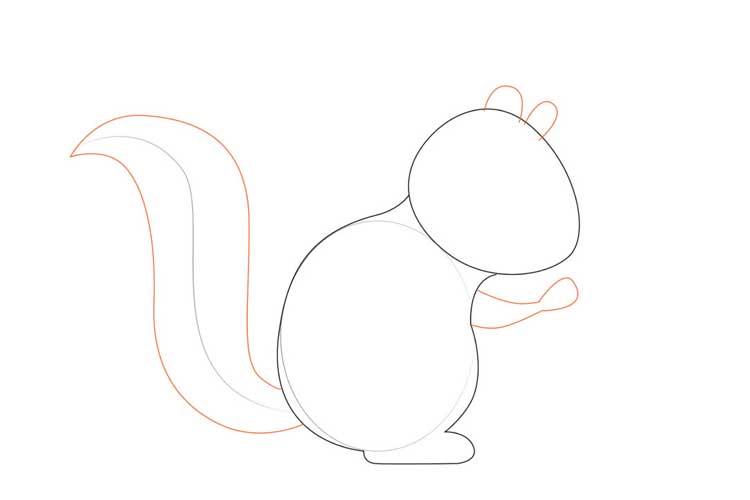 Step 4. Draw stripes on the back, eyes. 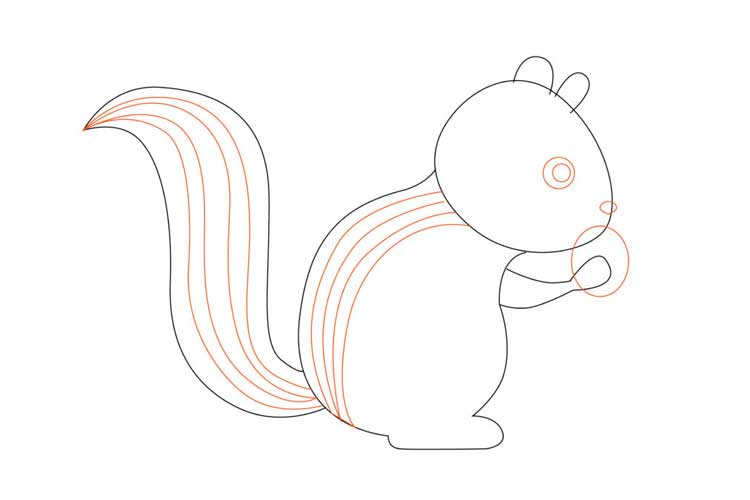 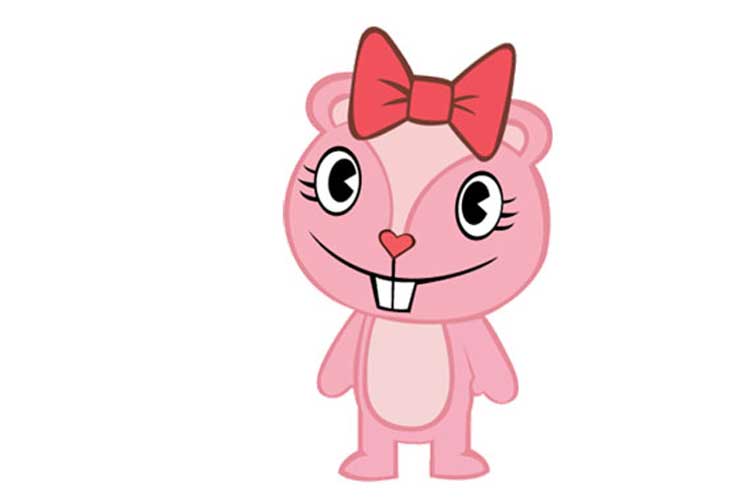 Draw an oval for the head and guidelines, one showing the middle of the head, the other showing the location of the eyes. Next, draw a heart-shaped nose, a huge smile, and two oval eyes. Erase the construction lines. 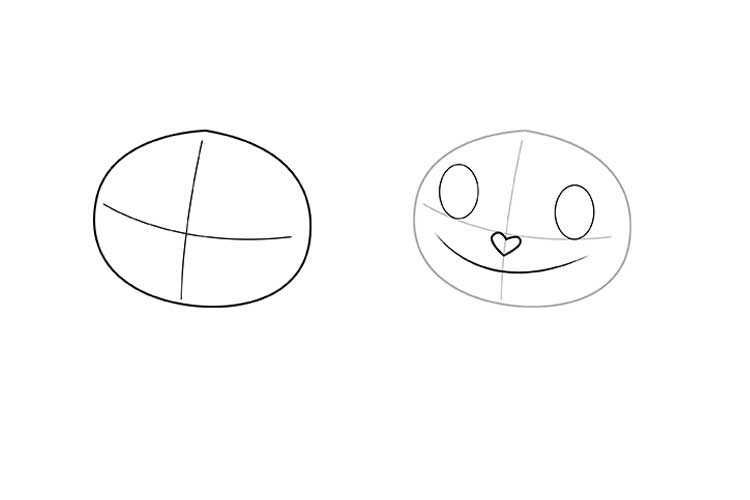 We draw pupils, eyelashes, teeth, and a bow on the head. 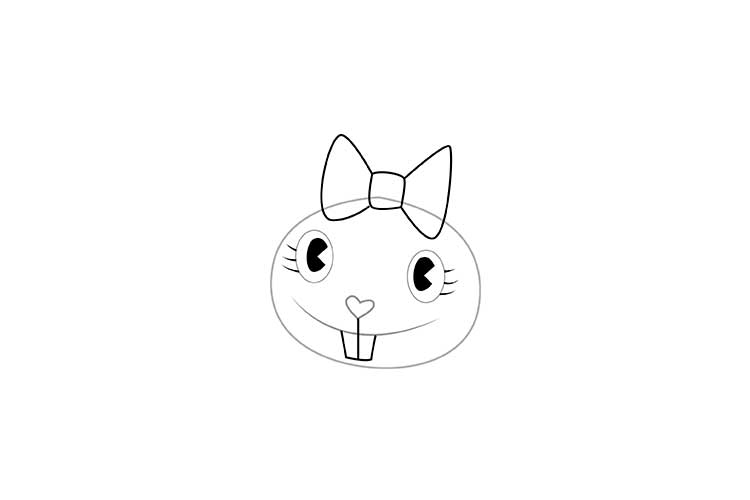 Draw the ears and body for the Funny. 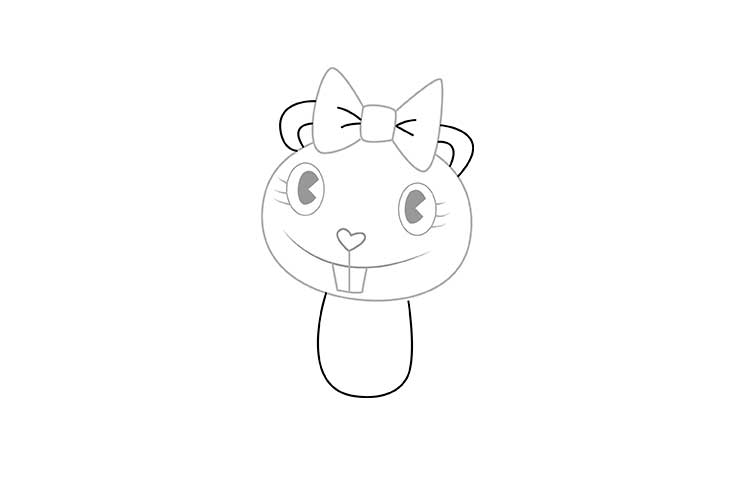 Now we need to draw arms and legs and lines on the tummy and face that separate the color.

Here is the finished drawing of the Funny Girl from the cartoon “Happy Tree Friends.” 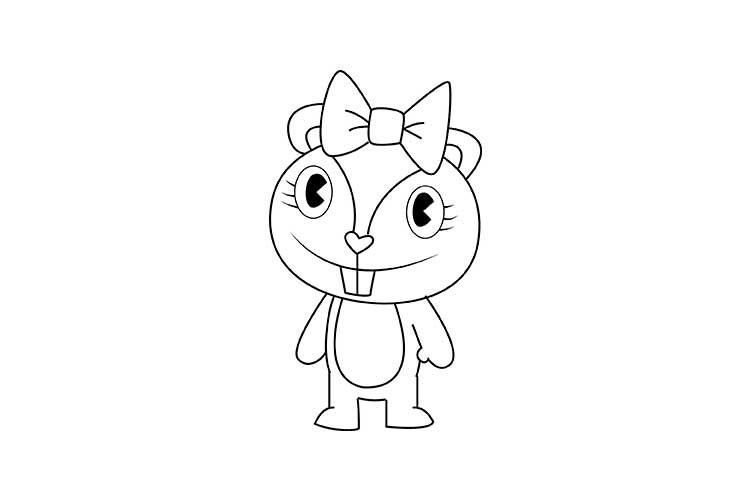 Now take colored pencils or felt-tip pens and color them. 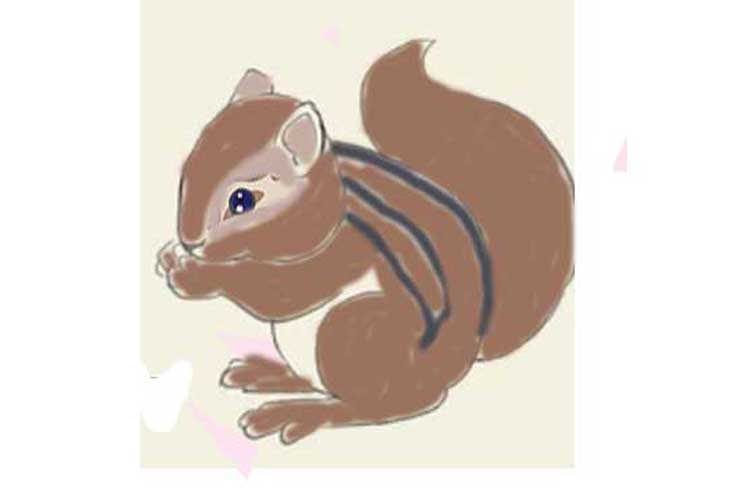 You can draw a chipmunk, very much in appearance resembling a squirrel, in several stages.
First, draw the head, immediately highlighting the pointed muzzle. 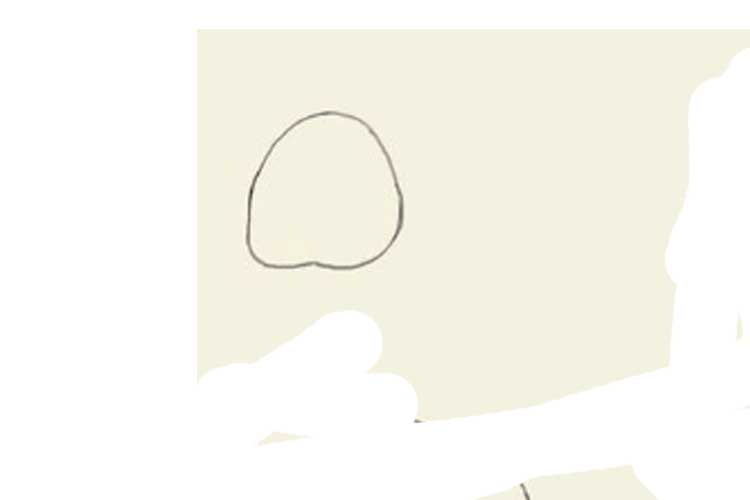 Draw the ears and draw one eye since the image of the chipmunk will be on the side. 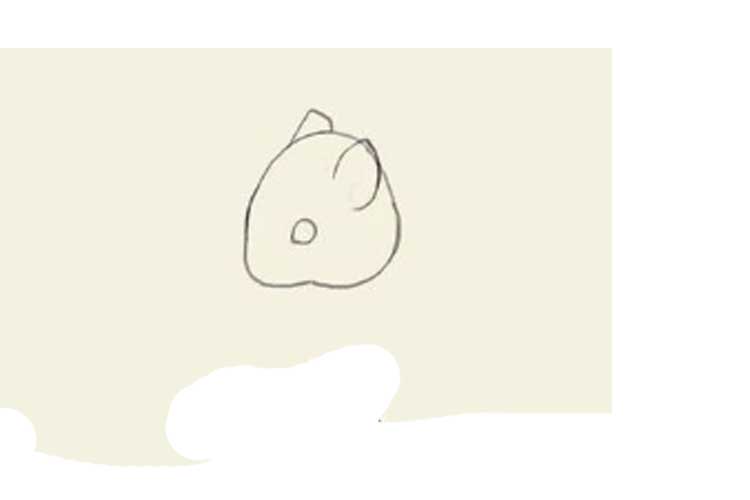 Next, let’s outline the body. 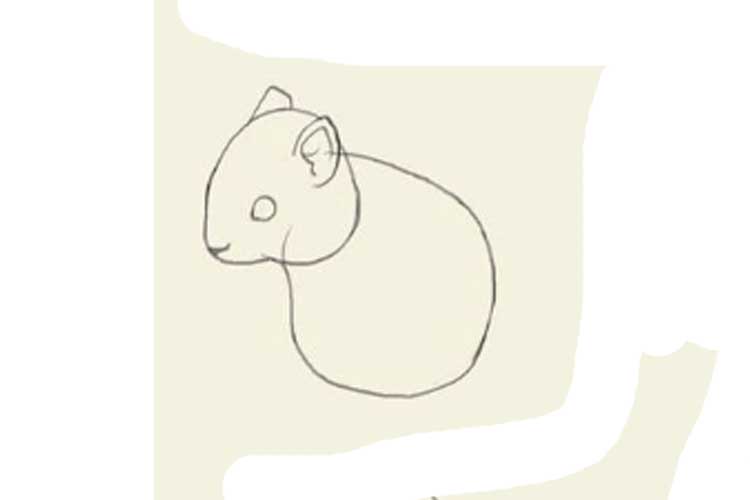 Let’s draw the eyes, nose, and internal details of the ears. 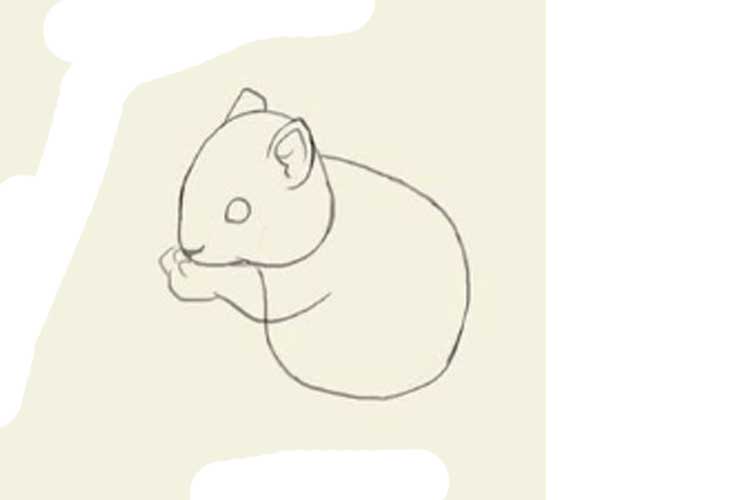 Then we will draw the front legs at the muzzle; the chipmunk is gnawing something. 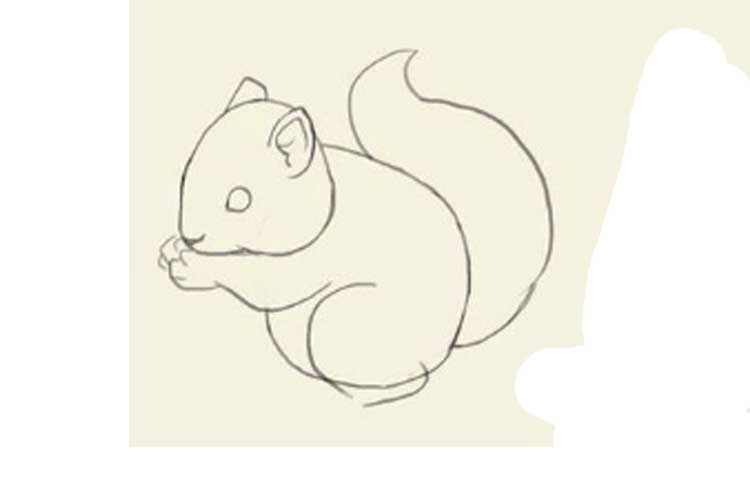 Now it remains to draw the hind legs and tail of the chipmunk. 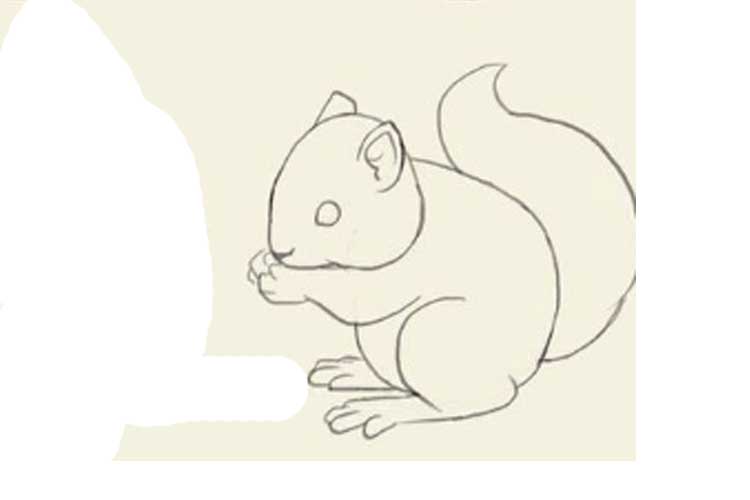 On this, the pencil drawing is ready.
If you want to go ahead and color in the drawing, then don’t forget about the stripes on the back of the chipmunk.
You can color the picture with colored pencils and carefully draw the hairs.