How to Draw a Piano in this article will be presented two options! Many people confuse the piano and pianoforte, but the musician will immediately understand the difference between them. Stringed-keyboard instrument, which used to play in the home – the piano. Although it is a kind of grand pianoforte. The difference is not only in size but also in the arrangement of strings, the deck, and the mechanical part. And now let’s move on to a more exciting lesson – we’ll learn how to draw a piano and try to do it in several variants.

Sketching with a pencil 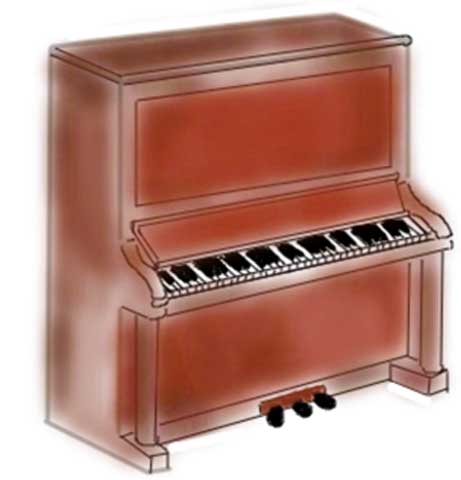 To understand how to draw a piano in pencil, it is enough to have a sheet of paper, colorful and straightforward pencils, as well as an idea of ​​three-dimensional figures. Draw a parallelogram in the horizontal position, from the front vertices of which we lower the straight lines, and the leftmost one should be the longest. 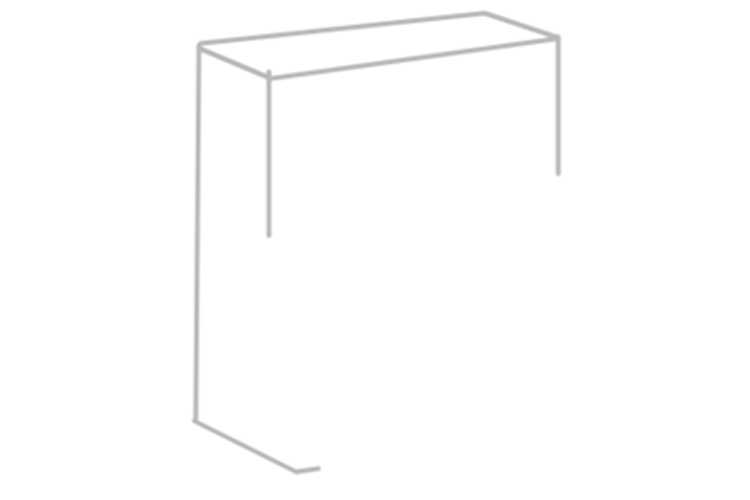 On the front sides of the parallelogram, we draw the same lines again, but slightly lower. In the foreground, draw a vertical rectangle. Below it, on the left, we draw a figured leg. 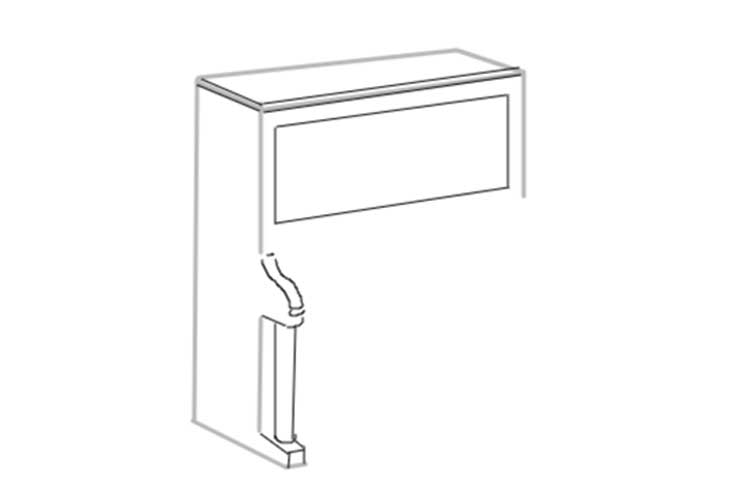 From the bending of the leg, we lead two parallel lines to the right and bend inward. In the same place, we lower the second figured leg. Below them, we connect them and draw three pedals in a small rectangle. 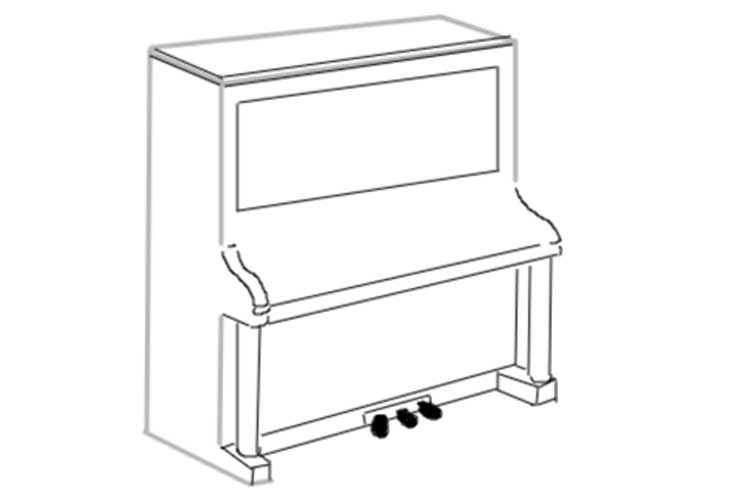 In the working area of ​​the piano, we open the lid in the form of a long rectangle, and below it, we make a series of keys. 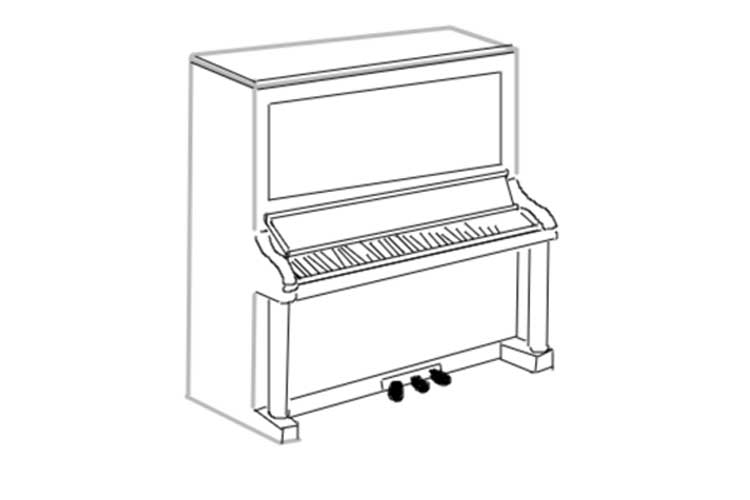 Now we decorate the wooden parts of the instrument with a brown color, but on the whole surface, we make a glare. On the keys with a certain interval, we make black short keys. 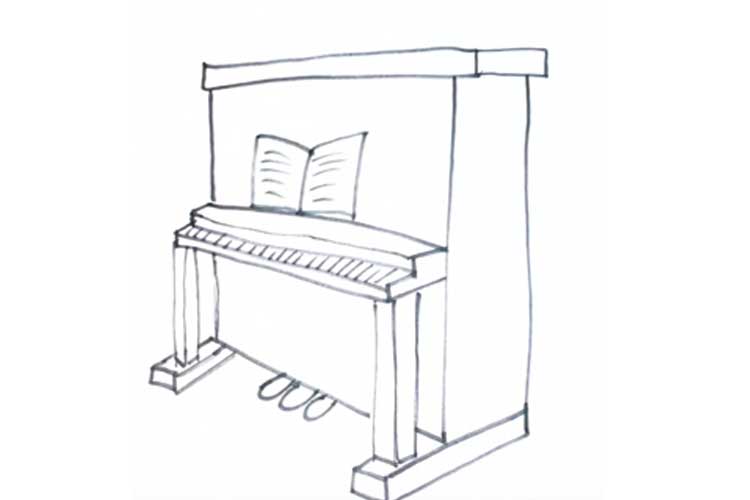 If the first time you can not precisely and exactly make all the geometric shapes and curves, you can try the option how to draw a piano in stages. We begin work with the top part of the tool. We do everything the same but unfold it in the opposite direction. The lines may be slightly uneven because this will add a unique charm and carelessness to the drawing. 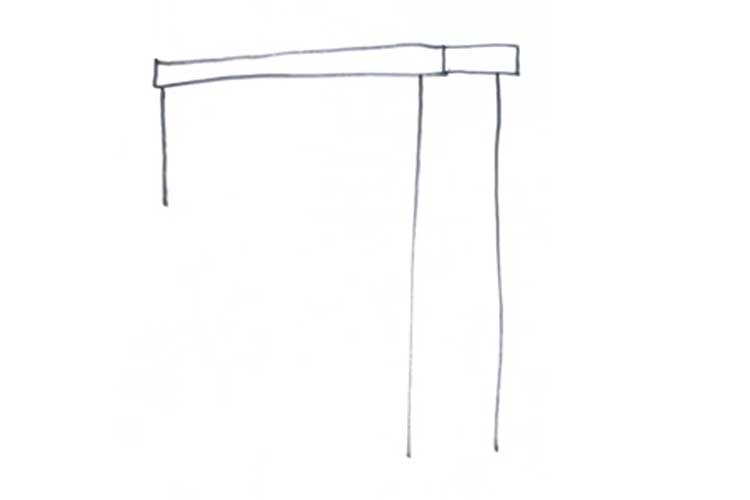 Again, we limit the wall, but with only one line, from the right edge we lead a continuous line downwards and draw simple supports in the form of bars. 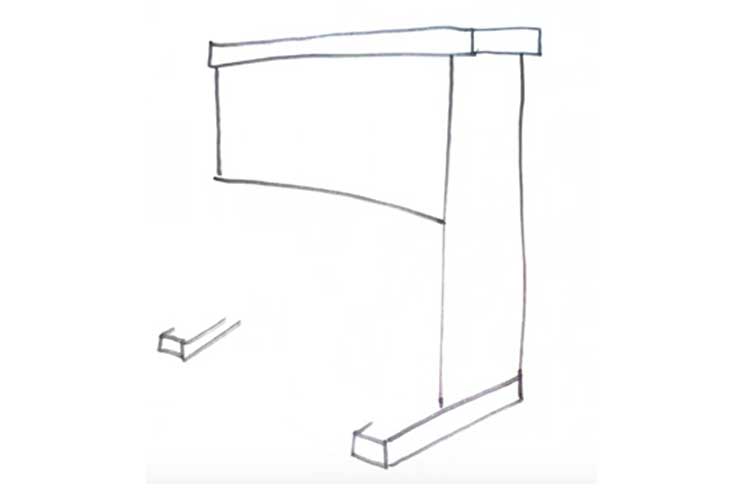 We pass to the keys, and above them, we make a cover. 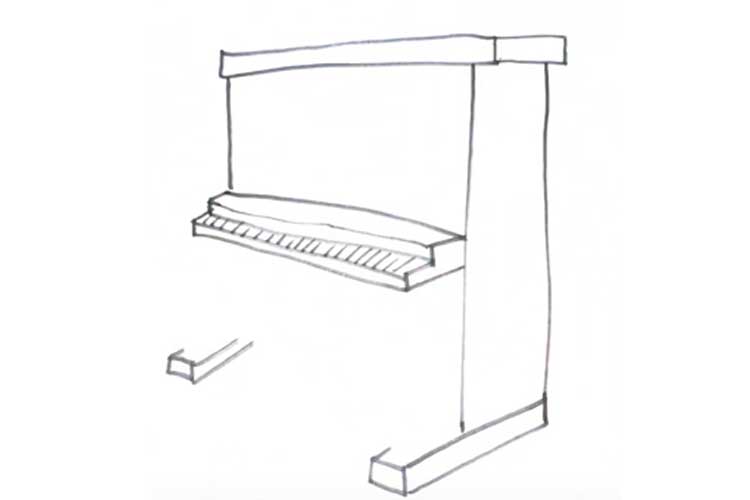 Above the lid, open the notebook, and for beauty draw a couple of lines in it. Now, from the key, on the sides, we lower two blocks for support. We limit the bottom of the instrument and draw three pedals in the middle. 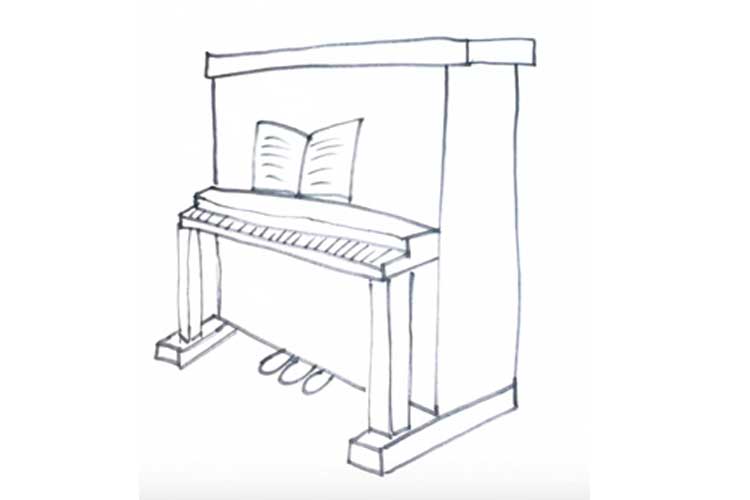 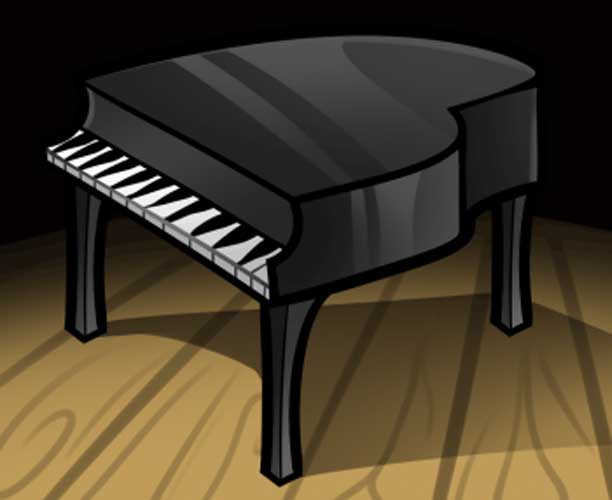 About this, how to draw a piano to a child will tell this master class. Draw half the ellipse. Make it bulky, pushing up precisely the same area. 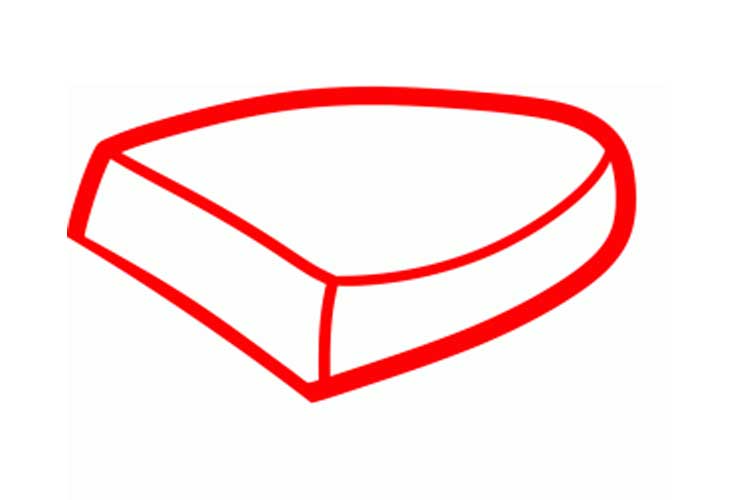 Now on the sides, you need to make rounded areas, which will bite off the pieces in some parts. 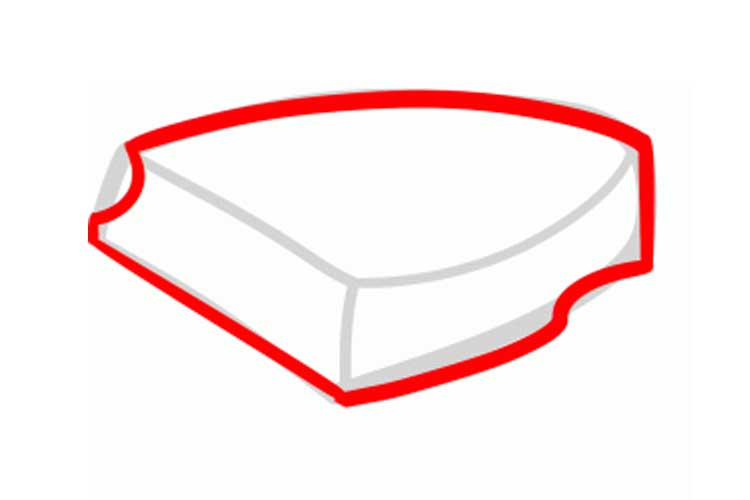 Near the right bend draw a vertical line, and on the left side, make two horizontal stripes. 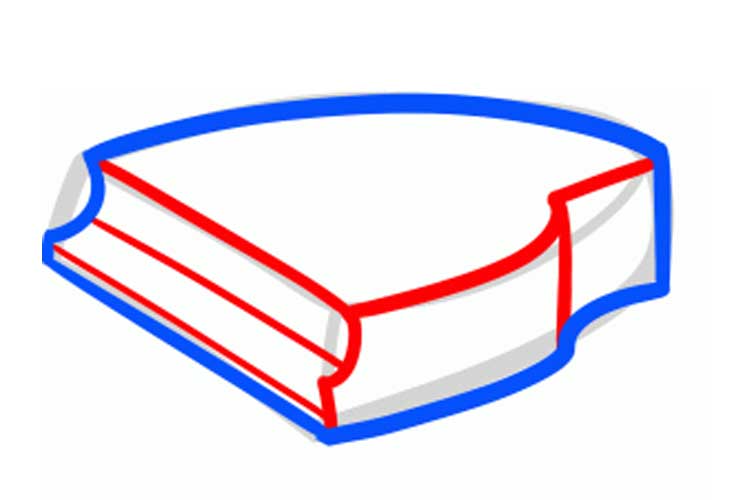 In the latter we draw a series of keys, not forgetting the triangles of short black ones. 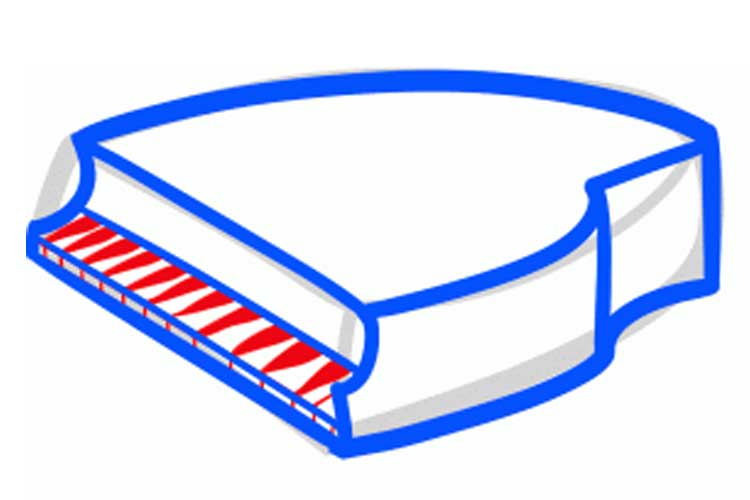 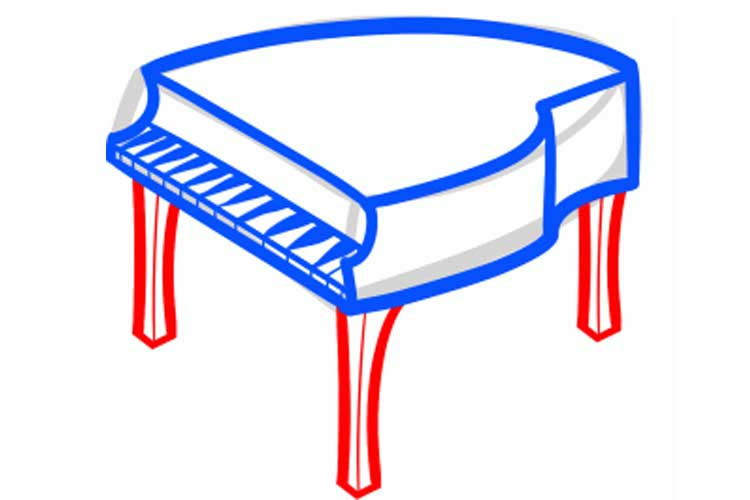 Once again we guide all the curves, wiping additional lines. 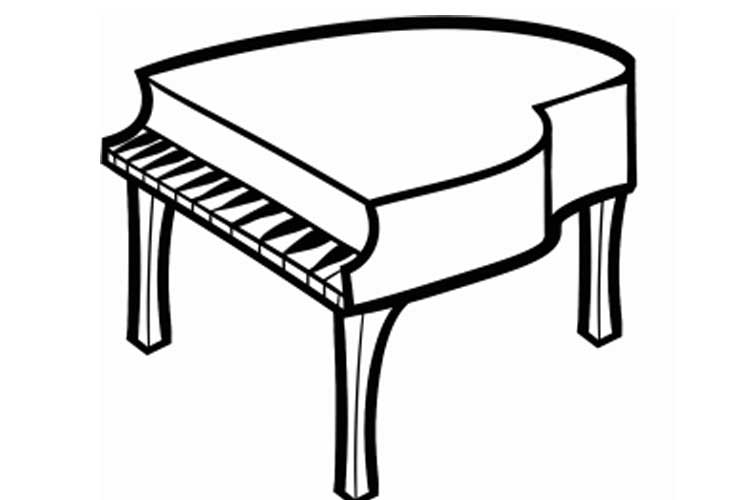 We color it: the piano will be black, but with different glare on its smooth surface. The instrument is installed on the wooden floor of the scene, but you should not forget to cast a shadow on it.