How to draw a Camaro Step by Step Easy

How to draw a Camaro it’s easy and simple to follow our instructions and do everything step by step! In this article, we will talk how to draw Camaro three different series is Camaro, Corvette, and Impala! As you know, it is a cult American sports automobile, so-called “pony car,” formed by Chevrolet General Motors Corporation since 1966. Chevrolet Camaro is a gorgeous car which is very classy. Their features are uncomplicated, and presentation wise Chevrolet Camaro has more value. If you want to draw Chevrolet Camaro, follow our tutorial. More than a year, the American company Chevrolet, one of the divisions of the famous General Motors, has been producing cars, many of which have long become iconic. Want we show you how to draw some of them? 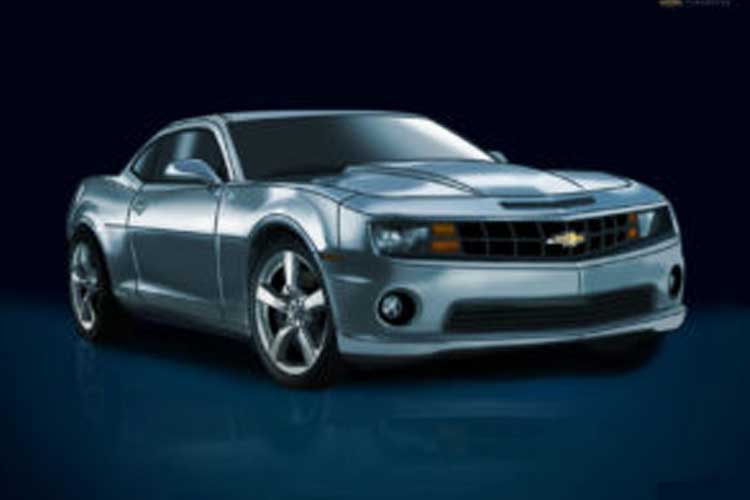 Chevrolet Camaro was invented in 1966, and since then he has not left the top places of the American ratings. The design of the car has undergone several changes. Today we want to show how to draw a Chevrolet Camaro.
We start with the grid. It will help sustain proportions. We draw a rectangle, cut off the lower part (about a quarter) and denote the oblique line along which we will then stretch the body. We draw a windshield. 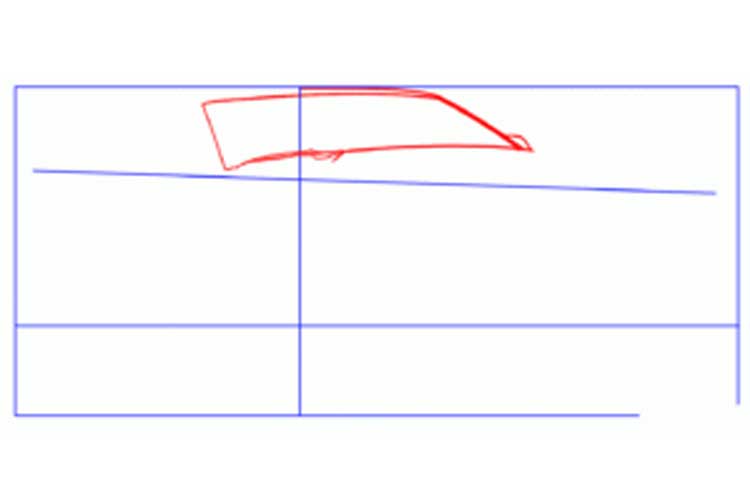 In the upper part of the figure, we indicate a hood and a cabin with a pencil. 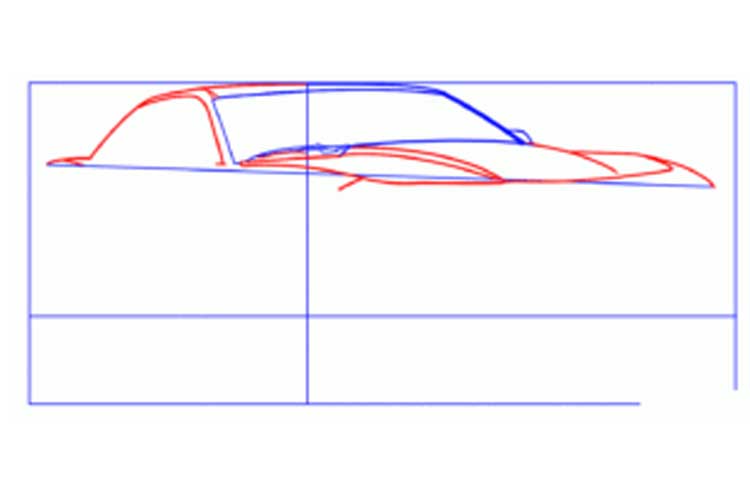 We turn to the door and mirrors. 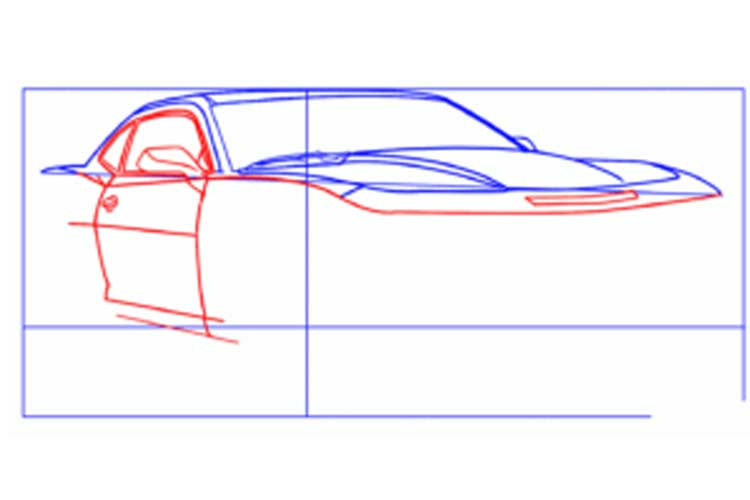 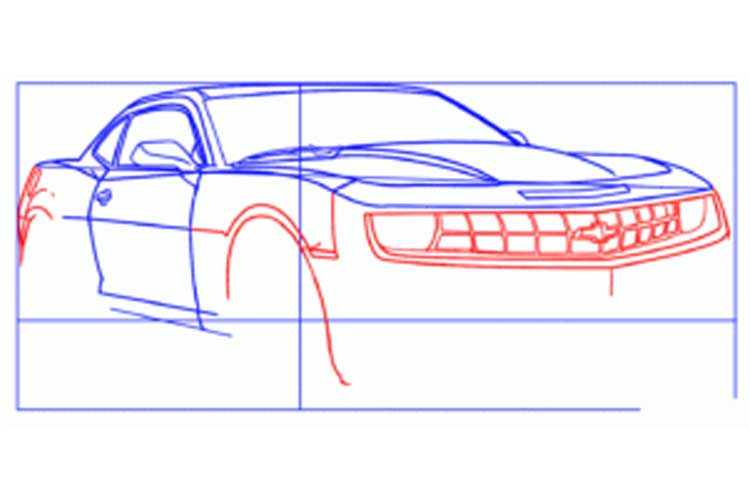 The turn came for the bumper and the contours of the front and rear wheels.

We concentrate on the detailed drawing of the wheels and continue to work on the front of the machine. 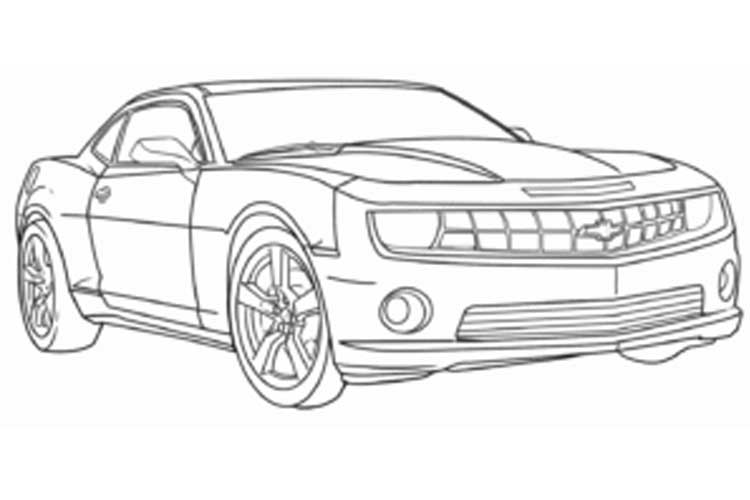 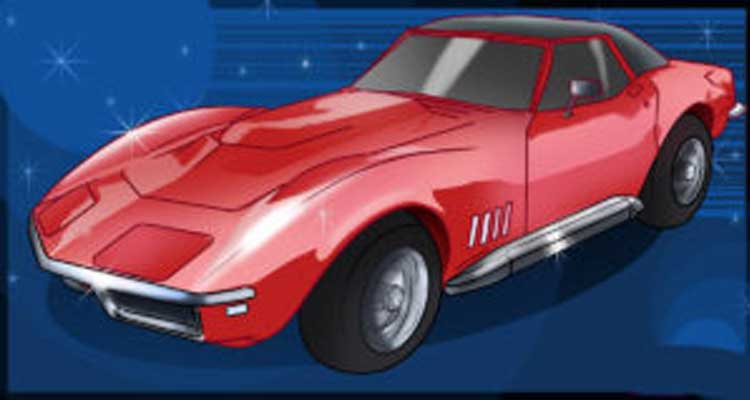 Not many cars exist in the world in whose honor museums were created. Corvette is the case. We offer to draw the Chevrolet Corvette – the first American sports car.
Traditionally we start with the reference grid. 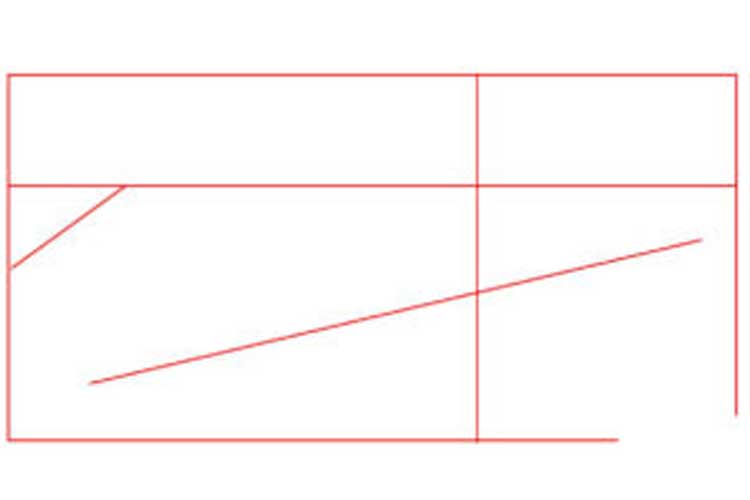 At the second stage, we draw the outlines of the hull, openings for the wheels and the wheels themselves. 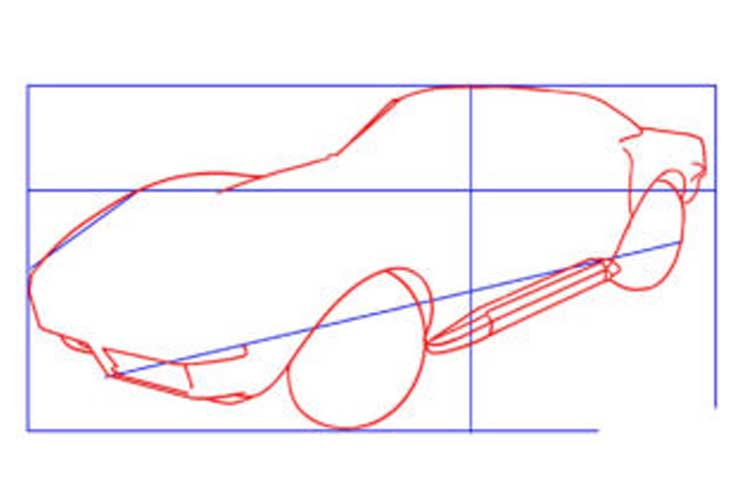 Next, work on the hood. Draw the windows of the cabin and rearview mirror. 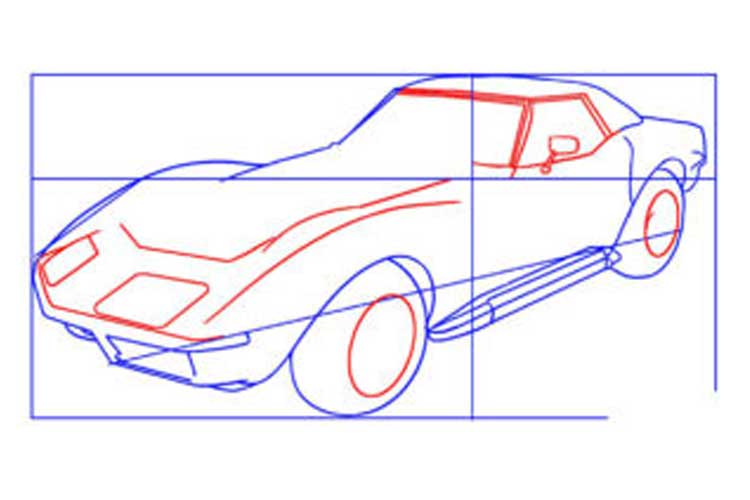 We focus on the wheels. We work on fine details of the Corvette. 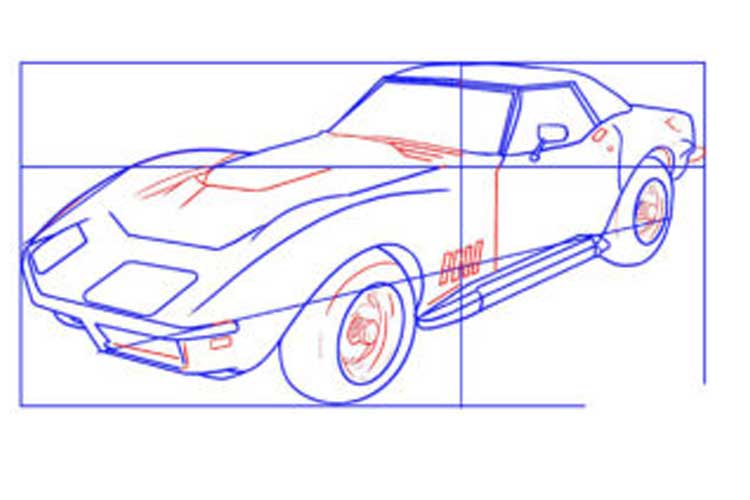 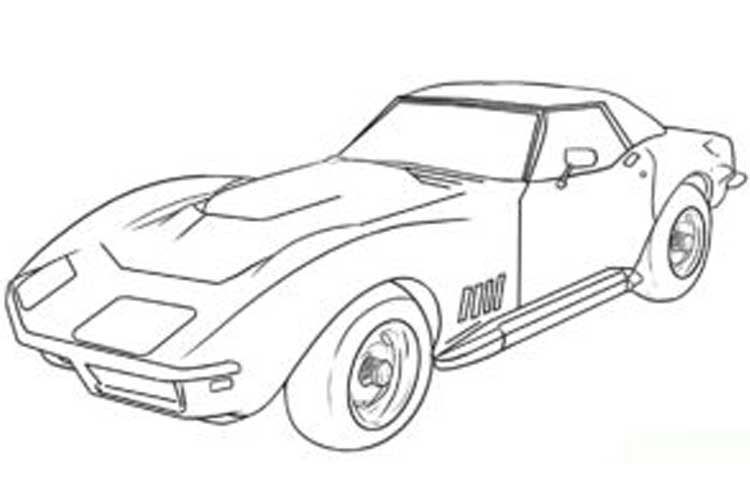 Red is the best color for a sports car. 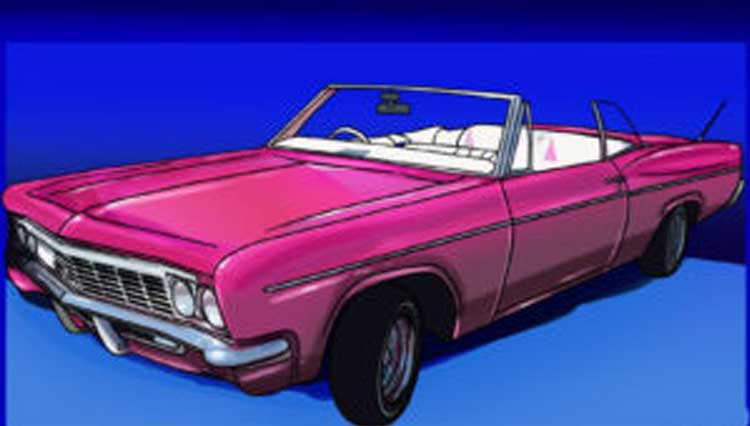 Classic American automotive. Once it was one of the most expensive Chevrolet cars. Now we will tell how to draw Chevrolet Impala 1967
Let’s start with the graphics contour – with the help of straight lines we will schematically designate the outlines of the machine.
eleven)

Generally in Impala more consecutive lines. We continue to work on the body. Outline the windshield. 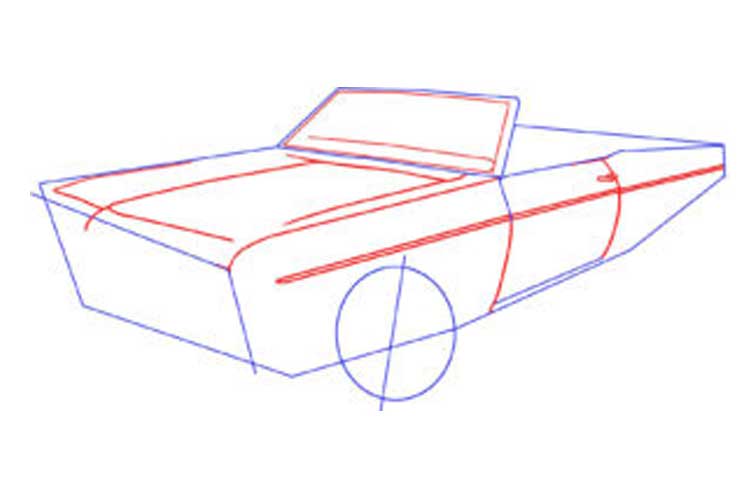 The next stage – detail the interior of the Impala. Draw the rear wheel. 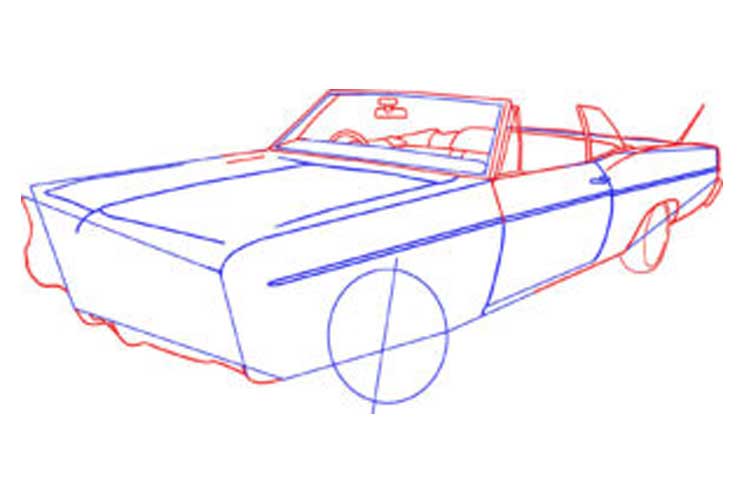 We are working on the “frontal” part of the car and headlights. 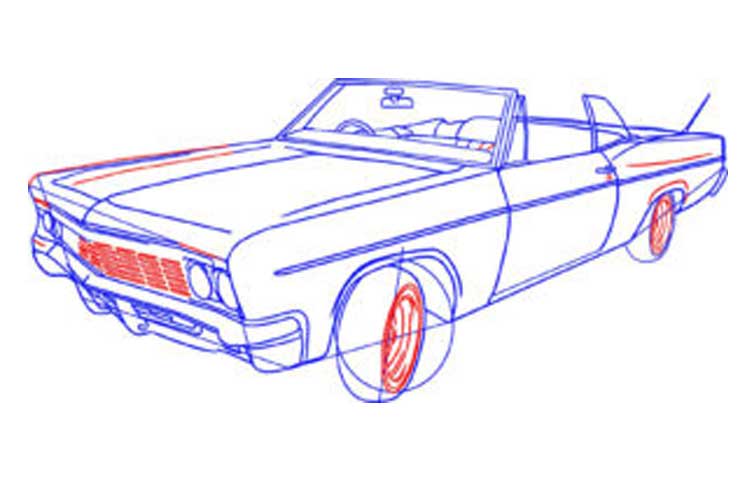 Take a look – this is how the finished pencil drawing should look. 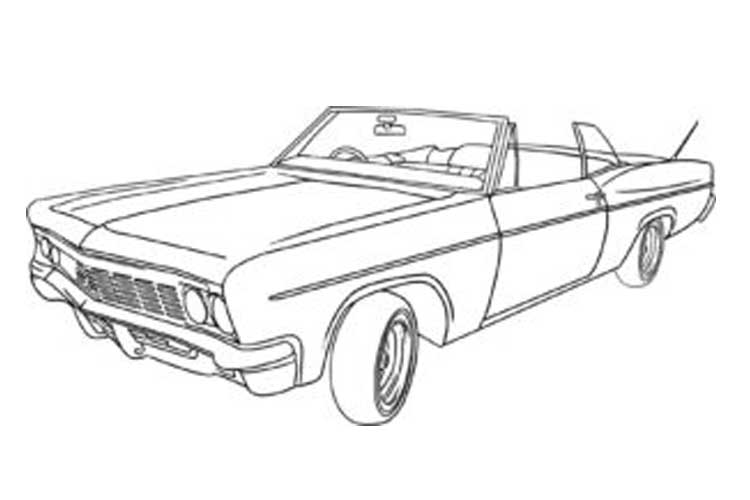 Remember the pink Elvis Presley cabriolet? Agree on a bit like.