How to Draw a Lion and Lioness

How to draw a lion easily and wakes up is told in this article! Today our drawing lesson is dedicated to the king of all animals. Images of the lion can be found on the arms of different countries, as it is a symbol of courage, nobility and justice. Lion is acknowledged as the King of the Jungle. Lion is one of the biggest predators in nature. Lions habitually live in groups, well-known as Prides. The male lions of a group barely hunt. The lionesses are the ones who hunt and bring the prey for the entire pride. The drawing of a lion is very interconnected and useful for the development of imagination and logic!

Drawing a lion in stages 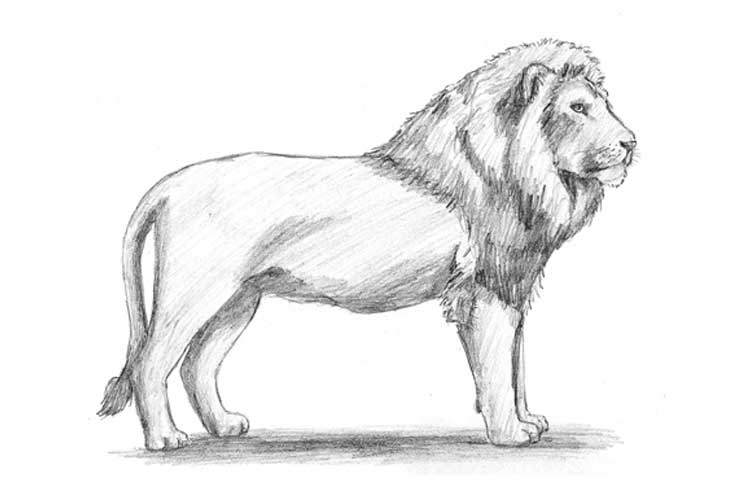 Draw a king of animals is quite tricky, especially if you want to portray the believable. When depicting this mammal, start from the fact that it is very similar to a cat. And details for a realistic image of the muzzle can peep in the photo, which is very much on the Internet. We offer a step-by-step explanation.

Making a sketch is necessary. To maintain the proportions, draw two circles. The one that is smaller is the pelvis, and the second is the chest. A little above the big ring, represent the oval, which later becomes the head. Now, carefully join the oval and the rings, creating the outline of the body. Make sketches of the fore and hind limbs and tail. Divide the head into four parts and draw the ear, as shown in the example. 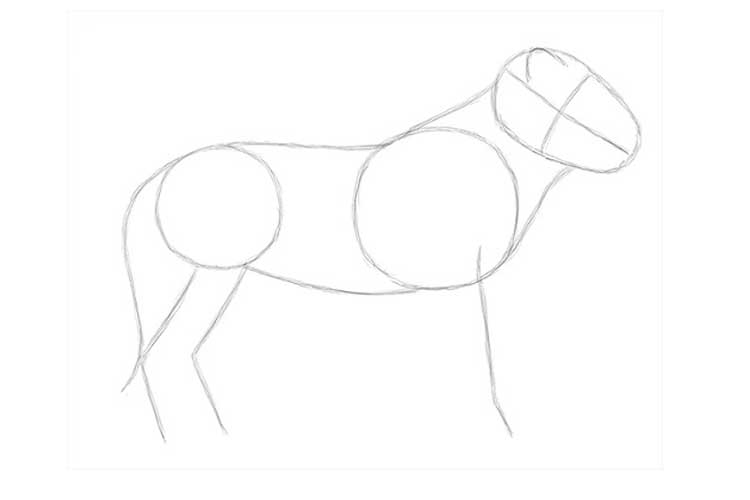 Pay particular attention to the face image. Draw an eye, nose, divide the oval of the mouth into two parts. Draw the antennae like a domestic cat. Outline the contour of the head, and with light strokes create the appearance of a short coat. 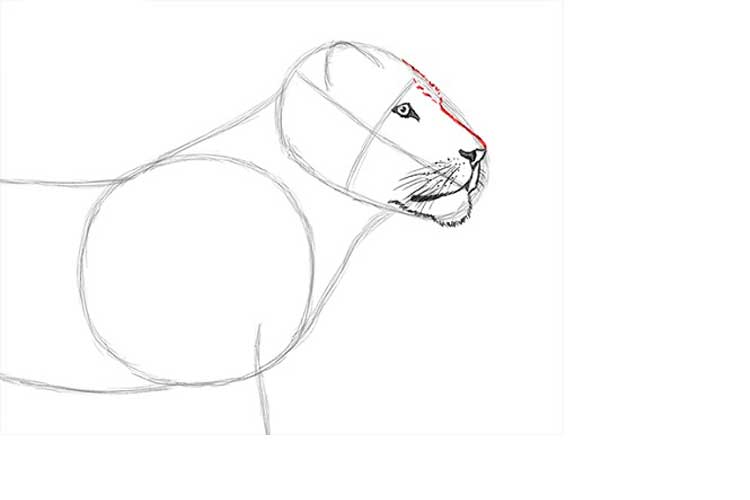 Draw a shaggy mane and ear. Do not press hard on the pencil, and it’s still outline. 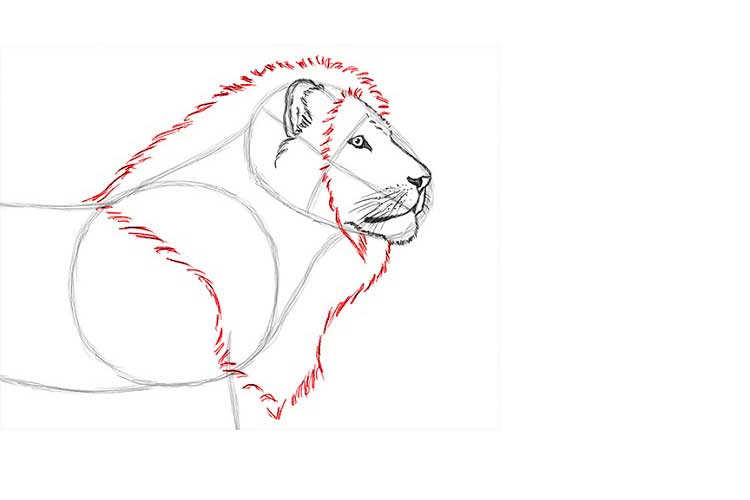 Outline the front and back legs. Try to convey their form more accurately. Look at the pictures below. 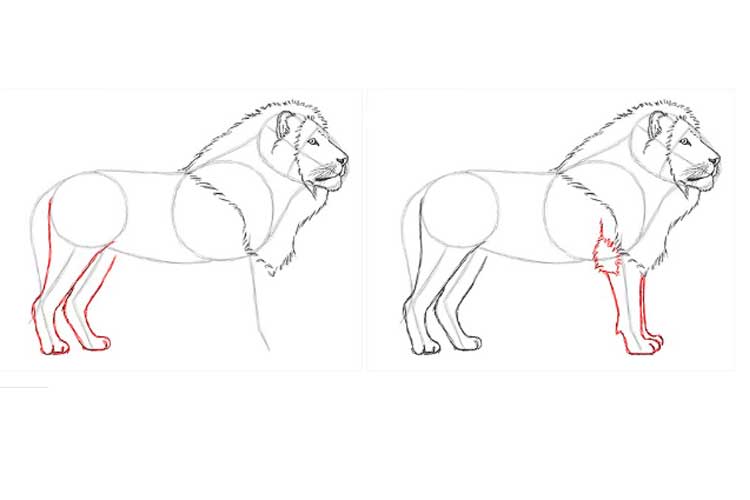 Circle, the thick pencil silhouette of the predator. Do not forget about the tail with a brush! Erase all unnecessary lines. 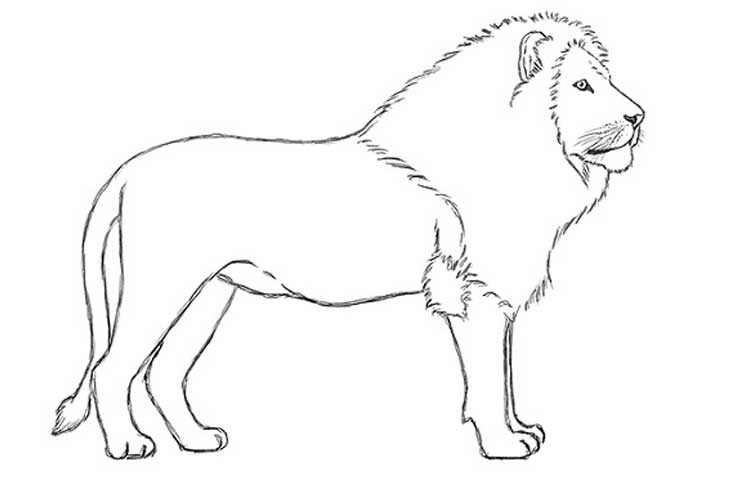 Shade your predator, imposing chiaroscuro. For greater realism, draw a shadow that falls on a horizontal surface. That’s how it turned out believable!

How to draw a lion in pencil

Here is another example of the image of the king of beasts in pencil. This time he is depicted from a different angle and with a grin.

First, sketch the same principle: the oval and two circles that form the body, the broken lines are paws, and the curved tail is the tail. Draw your ears. This time, you should divide your head into six uneven parts, since the mouth of the predator will be opened. Look at the sample. 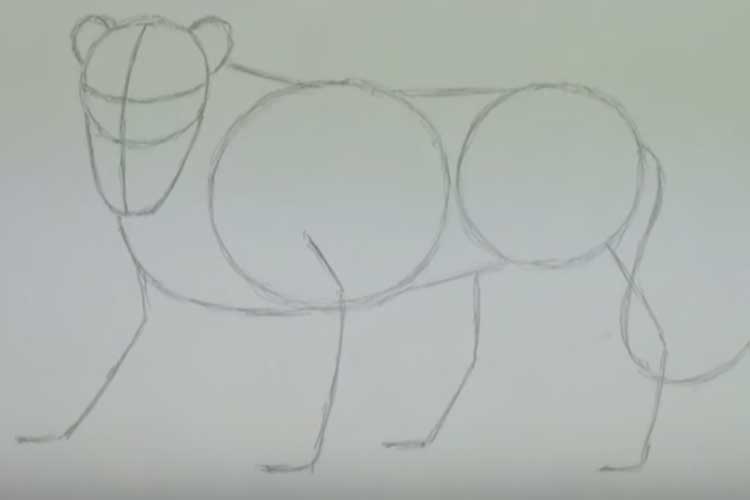 The most challenging thing is to convey all the details of the muzzle most accurately. Do everything carefully and do not put pressure on the pencil. Do not be discouraged if you fail the first time. Take a low-fat pen and draw the eyes, then the nose, and then directly bared. 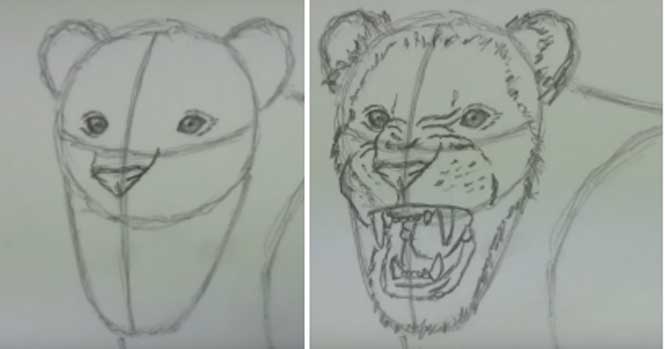 Outline the magnificent mane. Then, using a low-fat pencil, draw the front limbs, draw a detail such as claws. This will give more realism to your drawing. 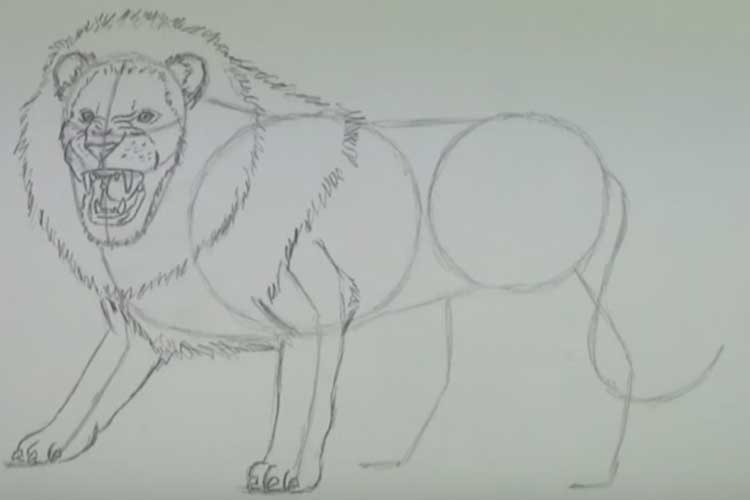 Draw your hind legs and tail. Remove the auxiliary lines. 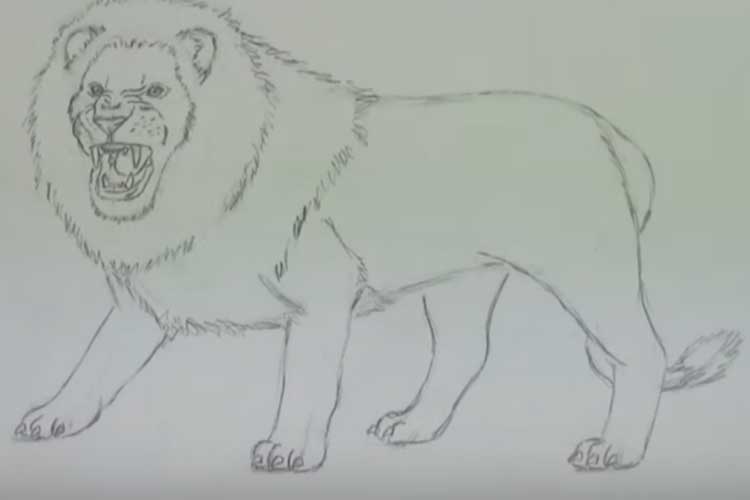 Using a pencil of different stiffness, with strokes of different lengths and different directions, draw the entire lion. Transmit the shadow on the bottom plane. 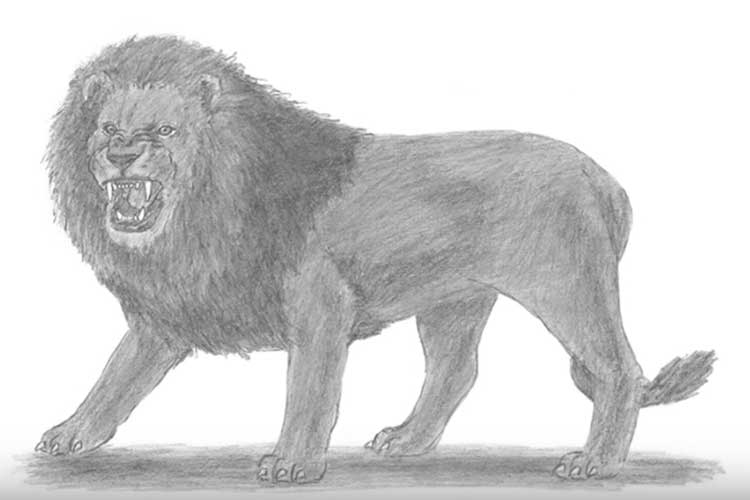 How to Draw a Lioness

Do you know that it is the lionesses who produce food? Males can only help them if they need it. Let’s portray these brave representatives of felines! 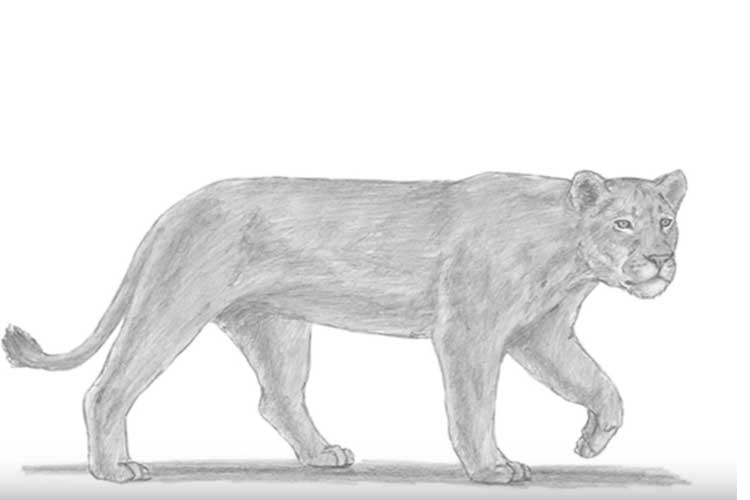 The main difference between a female and a male is the absence of a luxurious mane. And all the rest is drawn by the same principle, so we do not give detailed explanations.