How to Draw Deadpool

Let’s learn how to draw Deadpool with the child (+ coloring)
Deadpool is the protagonist of the comic book of the same name. He is a good man, a delator and at the same time a superhero. We suggest you spend time happily to draw this character.

Drawing Deadpool  do you need:

The head
Draw an oval. Slightly stretched on the part of the chin. 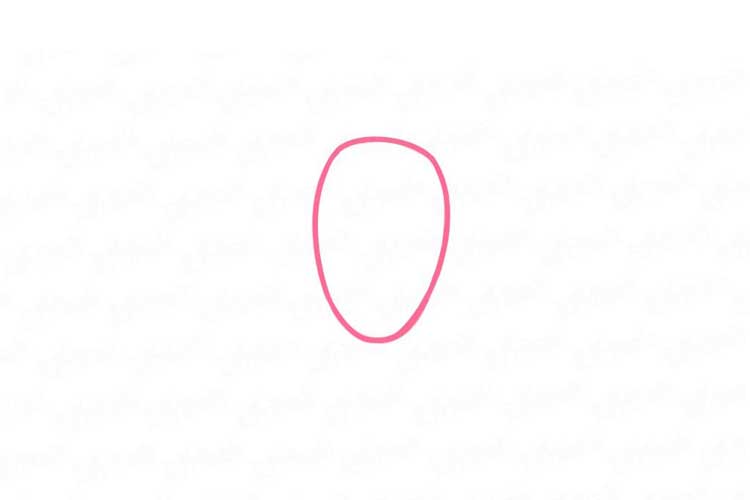 Neck and shoulders
From the chin draw a wide neck and wide shoulders of Deadpool. 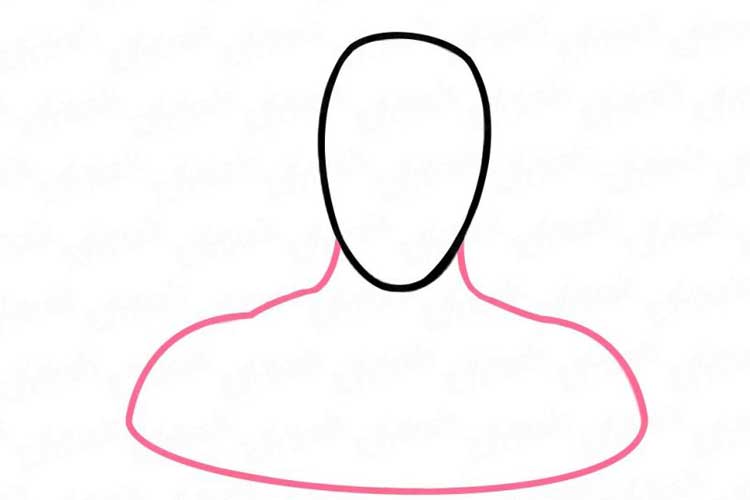 We begin to dress the character. We start with three lines on the neck.

Then curved and straight lines on the chest. 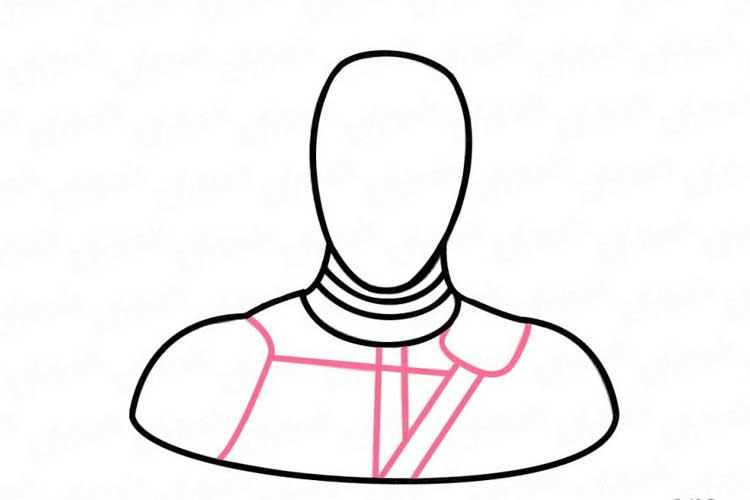 We represent the espaliers in the form of elongated ovals. 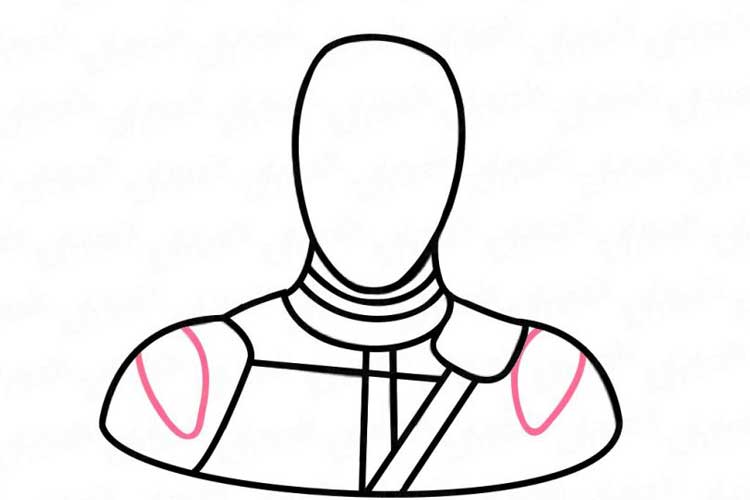 Weapons
Swords must be behind the back. 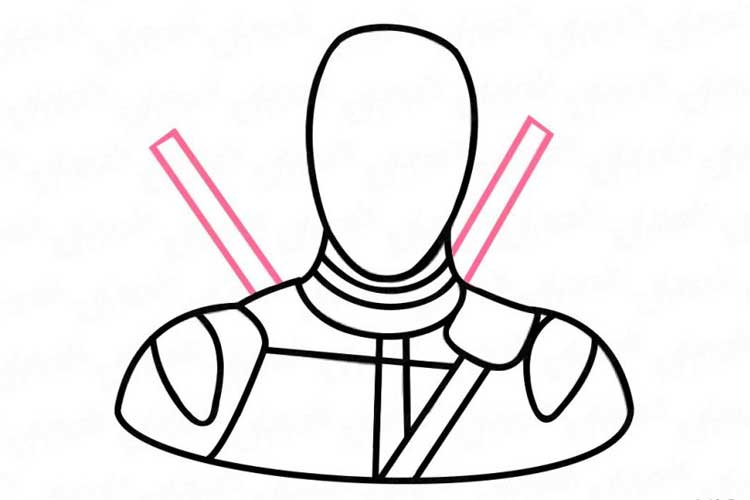 The mschera
Draw the contours of the round eye mask. 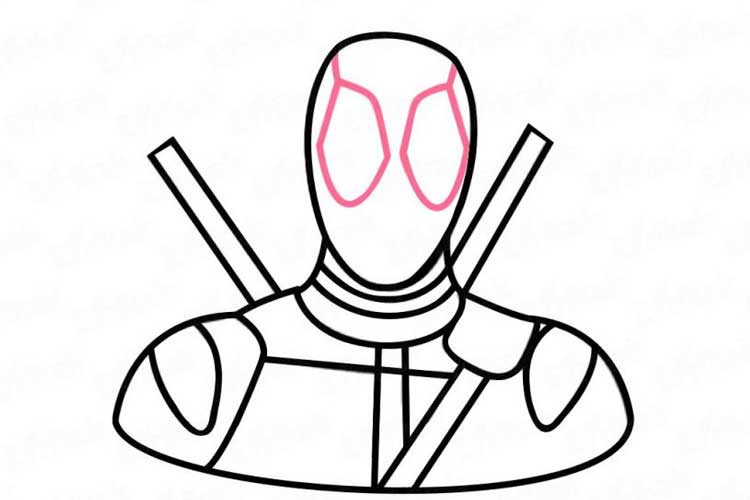 Now the eyes and the small line of the nose. 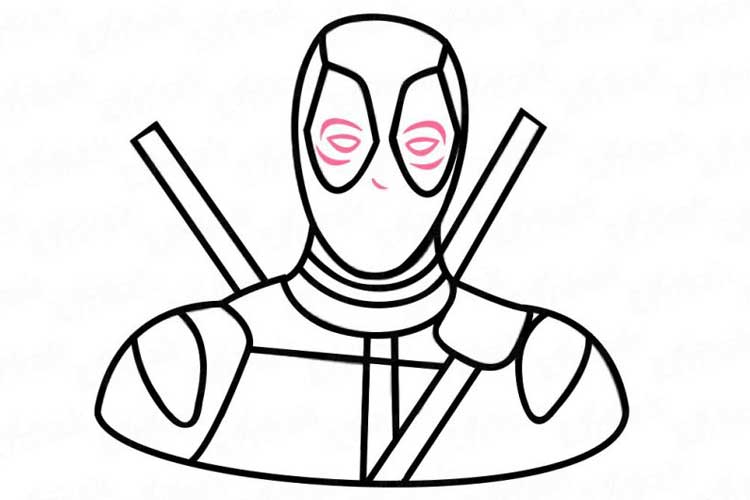 Two lines along the eyes. 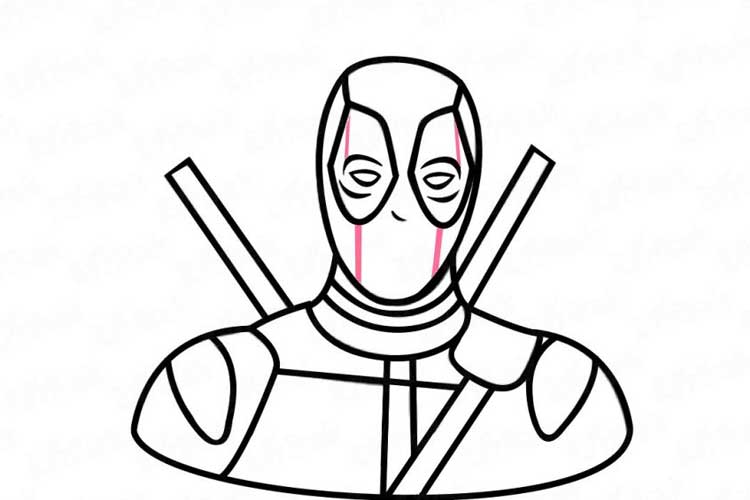 Coloriamo
Deadpool’s ready drawing can be colored with markers, tempera or with colored pencils. 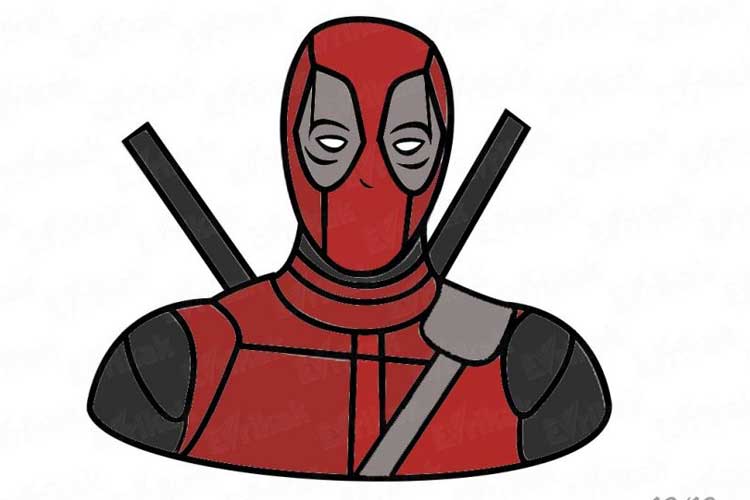 There is the possibility ‘to color the character online. 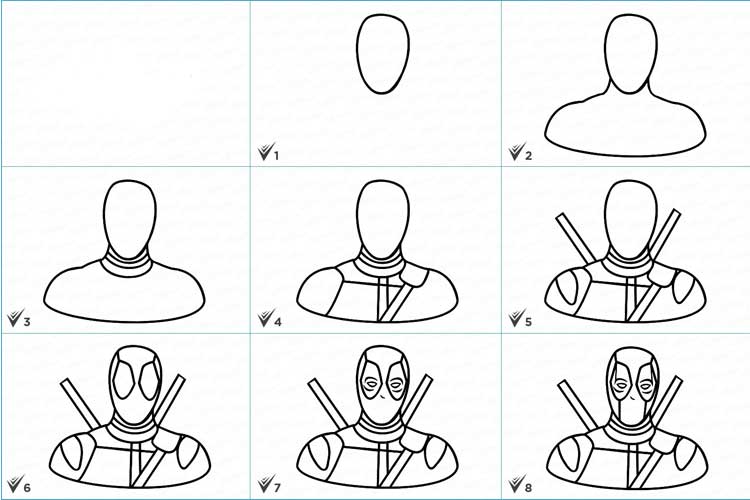 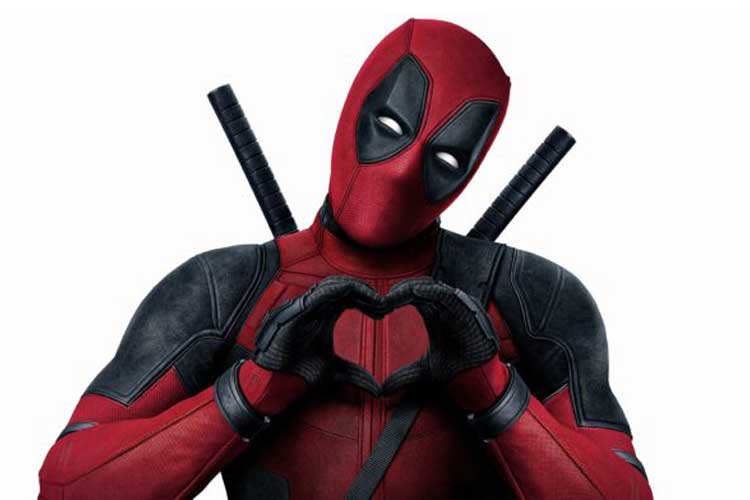 Deadpool is without a doubt one of the most entertaining characters in the Marvel universe. His most important feature is irony: his comics are full of jokes, references, parodies, and quotes. Given that such a character could not have a film of his own, after eons of waiting Ryan Reynolds is finally out to bring Deadpool on the big screen as a protagonist! 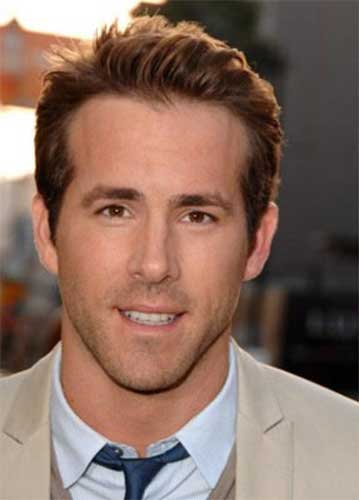 Ryan Reynolds is a Canadian actor born in Vancouver on October 23, 1976.
Raised in a Catholic family of Irish descent. It is the last of four brothers, all policemen. Kill oh, their home must be a kind of barracks, special team cobra 11 😱
After being rejected by the dramatic art course, he left the fruit and vegetable shop where he worked, and moved to Florida in search of fortune. It seems almost the beginning of a film in which the poor greengrocer decides to save the farm by making big flash mobs in the city. (wtf, ignore my comments)

He started working for minor screenplays and movies for TV, but it is finally in 2002 that he arrives at the cinema after years of apprenticeship with masterpieces (it’s ironic 😅) the demented comedy Mail College and Impossible Marriage (2003 comedy alongside Michael Douglas).

In 2004 he won the role of Hannibal King in Blade: Trinity, the third and final chapter of the adventures of the favorite comic book hero Marvel, where he shows off his remarkable martial arts skills.

But it is in 2005 that strikes everyone with her beauty her acting skills in Amityville Horror.

Subsequently, in 2009 for the first time the role of Deadpool in the film inspired by the Marvel X-Men comics the origins – Wolverine, later gets the part of another comic book hero, becoming Hal Jordan / Green Lantern in Green Lantern – kill that fantasy- of 2011 where he will play alongside Blake Lively. 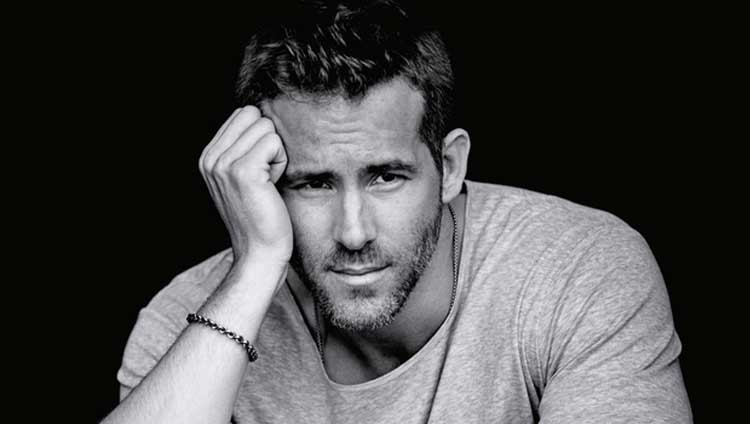 Ryan beat other actors in the role as Bradley Cooper and Justin Timberlake.
In 2010 he became the man image for a men’s fragrance by Hugo Boss and ranked first in the ranking of the sexiest men compiled by People magazine.
Image results for Ryan Reynolds

Ryan has always been considered by the media very unlucky in love: from 2002 to 2007 he was linked to the Canadian singer Alanis Morissette. Taylor Swift of the great North Morissette has declared that her album Flavors of Entanglement is focused on the end of her relationship with Reynolds, especially the Torch track. To make it short, Ryan is so lucky that he’s put up with money making up songs about past relationships. ”
On September 27, 2008, he married the actress Scarlett Johansson and then finally divorced in July 2011.
But how lucky is our Ryan!

Ryan Reynolds and Blake lively are together

Ryan, I like as an actor, indeed it will not be something as sublime as Tom Hiddleston, but it is done by participating in something like 25 films in the last decade!
Those that I recommend and I have seen are Just Friends, Ricatto d’amore (with Sandra Bullock), Certainly, perhaps and Selfless.

If you have not seen Deadpool yet, do it, if you have already seen it, I propose you this video review!

As you know, all the movies are just the tip of the iceberg behind the universe of a comic book/book / etc… So before talking about the drawing, I leave you some curiosities that you probably do not know about Deadpool!

Deadpool is aware of being the protagonist of a comic book and continually breaks through the fourth part, addressing directly to the reader.
For a while, it also becomes immortal (due to the curse of the crazy titan Thanos, seen in the Avengers films).
He often speaks of TV series and films.
His idol is Bea Arthur.
In the comics, he is also able to teleport (via a belt).
In one episode, when Spider-Man takes off his mask, he does not hesitate to quote the trilogy with Tobey Maguire saying: “as if we did not know what you’re up to!”
It is immune to telepathy.
He is convinced that the Olsen twins are at the center of a worldwide conspiracy.
Time ago the co-creator of Deadpool said: “Deadpool is of any sexual inclination the brain told him