How to draw iPhone Step by Step 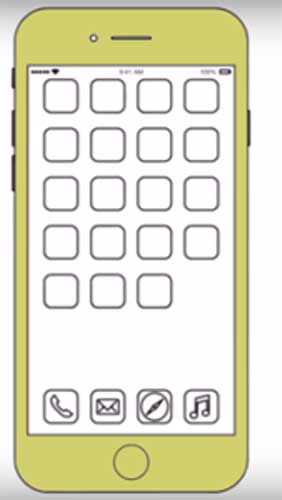 In this example, we will look at how to draw an iPhone 7. At the same time, the iPhone 6 looks the same, so this way of drawing is suitable for it.
To begin, draw a contour with branded rounded edges. To draw it will be more convenient, you can use a patterned paper and a ruler, but we will work on a white sheet. 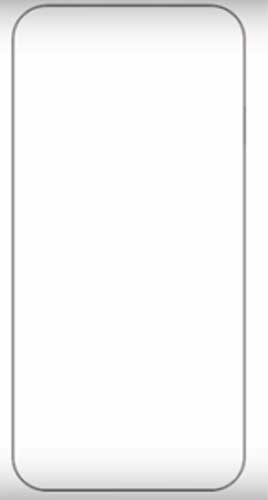 Now draw a large rectangular screen, a round button at the bottom and side buttons on the left. 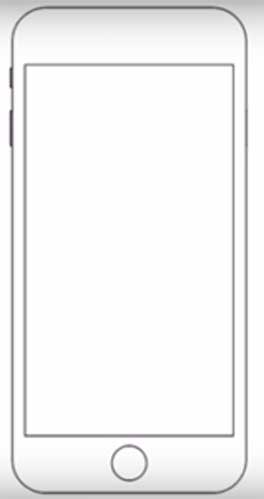 Above we add a speaker and a selfie camera. On the screen, we have shortcuts in the corporate style of Apple. We deliberately did not begin to describe somehow calling labels so that you could paint on your favorite applications. 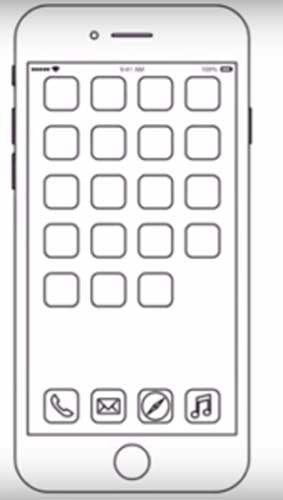 The color range of this phone is minimal. You can only buy white, black, gold, pink and red. But in the picture, you can paint the phone entirely in any color you like. 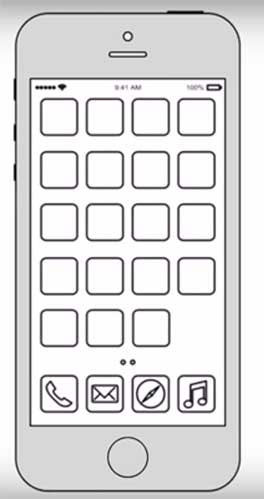 The fifth model of this phone is prevalent and was released in models 5, 5s and SE. In this example, we will discuss how to draw an iPhone 5. It is smaller than new models but no worse.
For a start, let’s draw the contours of the case. As in the new phone models, they are also slightly rounded. The design of this smartphone looks a bit elongated. 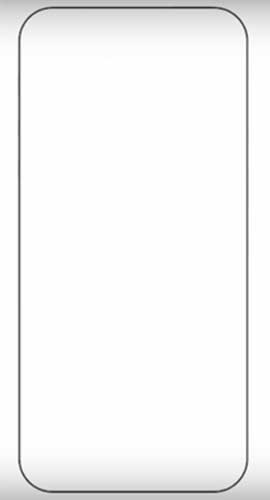 From above we draw the loudspeaker and a selfie camera, and below it is around fingerprint scanner. Also, do not forget to draw an elongated rectangular screen. To make the lines even we recommend using a ruler. 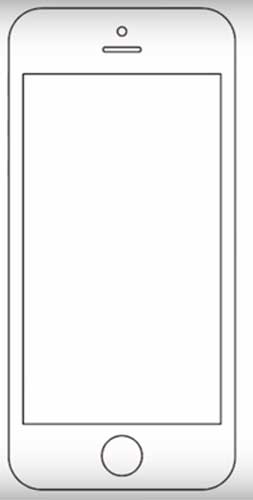 Paint on the labels. As in the previous example, we leave the freedom for creativity, so that you choose your favorite applications and draw them. 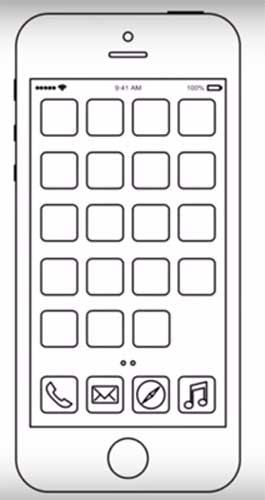 At the final stage, we color the smartphone in any color you like. 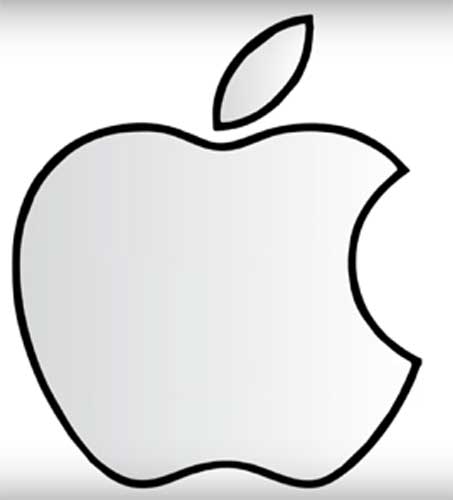 Bitten apple is a distinctive feature of the technology from Apple. In this example, we will learn to draw an iPhone Apple, which is located on its back cover.
Let’s start from the top. We draw a smooth line going wave. 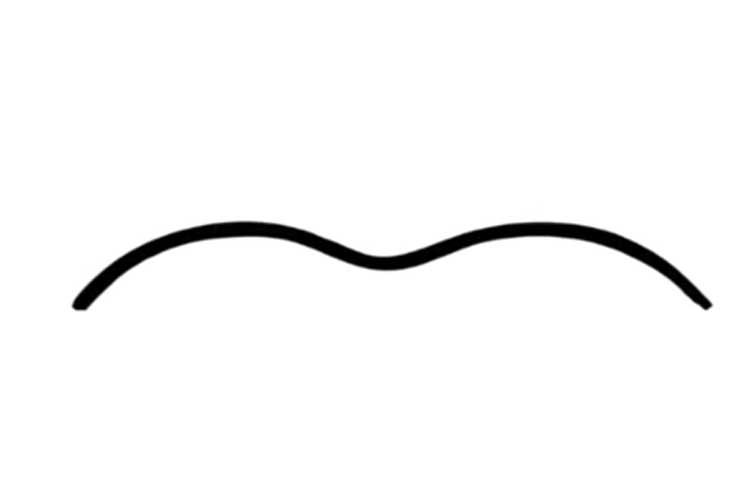 From the left edge, we will draw a horizontal strip going down. 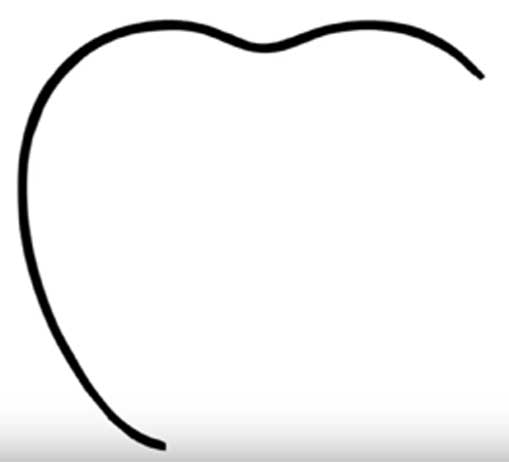 Like the top of the bottom, we have to make a wave. 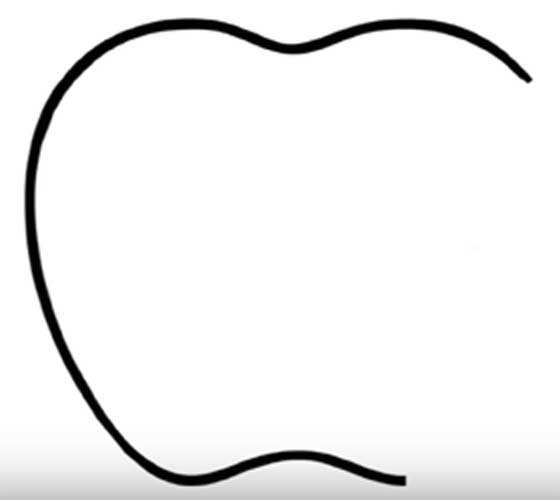 We make the right side a little bit, and above we draw a small leaf. 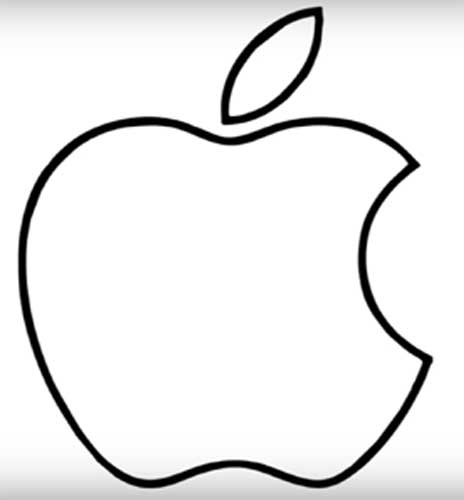 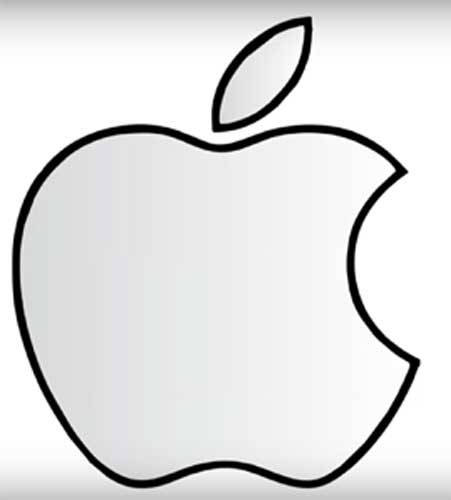